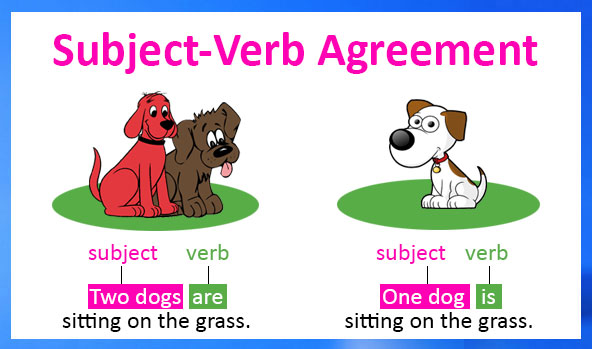 All sentences have a Subject and a Verb. Subject –Verb agreement refers to the rule in English that a Verb must agree with its Subject at all times.

Fill in the blanks in the following sentences, with the right form of the verb.