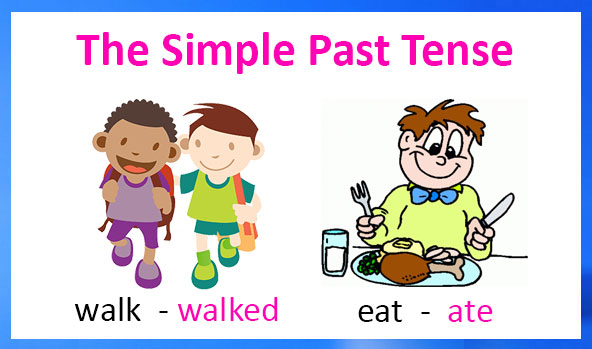 The Simple Past Tense

The simple past tense is a verb tense form that indicates that an action is complete. It denotes actions or states of being, in the past.

Some verbs do not change at all in the past tense form. Examples are read, beat, and hit.

Below given is a list of commonly used verbs and their past tense form.

Uses of the simple past tense

The simple past tense is used to indicate completed actions. The action is complete at a time before now, which can be in the distant past or the recent past.

I had breakfast at around 7.30 in the morning.
The lion escaped from its enclosure yesterday.

Definite points of time are expressions such as yesterday, last week, at 8 o’clock, last year, in 1980, and when I was a child.

An indefinite period are expressions such as ages ago, the other day, and a long time ago.

I seldom had food at the school canteen.

She had a bad headache yesterday.

In 2001, Sam graduated from Stamford.

The other day, I heard someone talking about the tsunami.