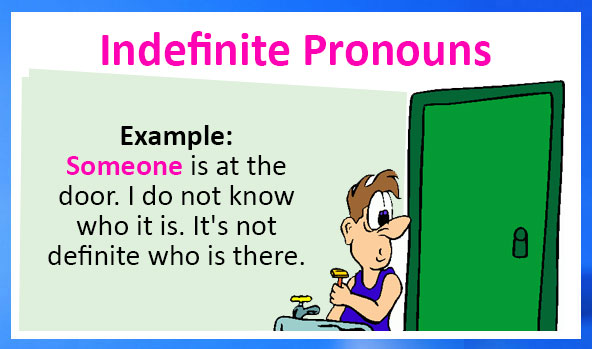 What is a Indefinite Pronoun?

It should be noted that many of these indefinite pronouns may function as other parts of speech such as adjectives.

For example, look at the following sentence:

Notes
A plural pronoun is used when you have to refer back to some indefinite pronouns. For example, I will tell everyone that dinner is ready. They have been waiting for some time.

« Back to MenuNext » Interrogative Pronouns