Short Stories » The Tale of Raju the Miser 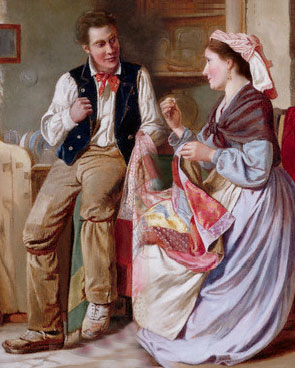 The Tale of Raju the Miser

Once upon a time, there lived a miser named Raju, who was blessed with much wealth. However, he chose to live frugally and miserably. By doing so, he starved himself, his wife and two children and the servants working for him.

One day, from his house’s porch, Rajas saw a child eating some sweets. Raju was fond of sweets and cakes. But, because of his stinginess, he rarely splurged on buying sweets. However, when he saw the kid eating, he just couldn’t help himself and wished for some sweets. He went to his wife, Savitri, and told her about it. His wife was happy “why not? I will bake a cake and make some sweets for you. Just tell me and I can make for the whole village.

Raju suddenly became scared at his wife’s response. He asked his wife, “Why the whole village? Give me a reason to why should I feed them?”

Savitri replied, “If you wish so, then I shall not make sweets for the whole village. However, I shall share some sweets with my good friend Meena and her family.”

Raju continued to be upset. He told his wife, “No, I cannot spend that kind of money”.

Hearing this, Savitri lost a little of her enthusiasm. She said, “I shall then make some sweets for us and our servants”.

Raju continued to be adamant. He said, “Why do the servants need sweets? They are paid well, and we give them enough to eat”.

Hearing this, his wife became upset. With little enthusiasm, she said, “Alright, I shall make for the four of us.”

Raju was unwavering and said, “Children are at school, so they don’t need to know”.

Savitri became angry and retorted, “What about me, can I have one?”

Raju was diplomatic, he said, “You are putting on weight, therefore it is better not to eat sweets”.

Resigned to the husband that she had, Savitri finally baked a small cake. Raju finished it and did not leave even a single crumb for her.

Now far away in the clouds, God was watching all this. He was fed up with Raju, “Let me teach this guy a lesson” God decided.

Next day when Raju was not at home, God entered his house, in the form of Raju. Everyone thought God was Raju and was surprised to see him back so quickly. He told his servant, “Tell the villagers that I plan to distribute my entire riches today. Ask everyone to come and collect whatever they want”.

The news quickly spread far and wide in the village. Soon, people were queuing up at his doorstep. Raju told them, “I will fulfil everybody’s needs. Just be careful, that somebody who looks like me may try to stop you”.

He filled everybody’s hands and bags with whatever they wanted. People went happy singing Raju’s praises. However, at that moment the real Raju returned. He was stunned to see what was happening. He shouted at the people and tried to stop the people leaving with the riches.

The God in form of himself confronted him. “I gave the money in my free will, and who are you to question me?”

Raju was taken aback. How could he prove that he was the real Raju. He thought, “Who was this impostor giving away my wealth?”

Raju quickly approached the King who ruled the palace. The King ordered both the Raju’s to be present at his court. Nobody cud believe their eyes. Both looked the same.

How can I decide who is telling the truth? I am lost”, said the king. He decided to take Savitri’s help.

Savitri came forward, and she looked at one Raju and asked, “Is it better to be generous and kind with everyone, your family, servants, neighbors and all? Or keep everything to yourself?”

“Better be generous, make everybody happy, which in turn will make you happy” came the reply.

She then asked the same question to the other Raju, “No! I don’t want to waste money on others happiness! There is no use being nice to others!!” was the other Raju’s answer.

Savitri turned to the king and pointed to the first Raju. She said, “This is my husband, your majesty”.

The real Raju was shocked beyond belief. ”My wife… my family,” he was almost in tears.

Suddenly there was a flash and God appeared as himself in front of everybody.

“This is a lesson for you Raju,” said God. He added, “One who only thinks of himself, will end up lonely. Even his own wife will denounce him. So mend your ways and try to become a generous and kind person from here own”.

Since then, Raju never went back to his old ways. His wife and family and servants were ever grateful and happy for the change in him.

Moral: It never pays to be miserly.