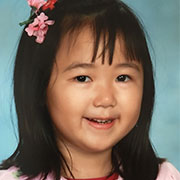 “Whatever Happened to Mrs. Morrison?” by Poem Shiuey, is the Highly Commended story in the junior category of the second biannual International Short Story Contest 2017 which was organized by Kids World Fun.

Whatever Happened to Mrs. Morrison?

Mrs. Morrison was too busy to die.

This might've seemed like a dumb reason, but it was simply, absolutely true. Every minute of every day she was bustling around, doing something, like talking to someone, or grading papers. If the Grim Reaper came ­ which he did, quite frequently actually, to her everlasting annoyance ­ she would quickly scold him back into hiding with a quick few sentences.

“Mr. Reaper! What did I tell you about walking into my house and disrupting my business? Haven’t you ever heard of privacy? I don't have time to deal with your little schemes. I have to finish grading the seventh graders’ essays on environmental pollution! And you can't expect me to miss the middle schoolers’ graduation just for a silly thing like Death!”

Thoroughly cowed, the Grim Reaper would go back into hiding. But this year he was absolutely determined to put Mrs. Marianne Morrison in the Book of Death. It was far past her time, anyway­­ and it would once and for all erase that smirk off Life’s face.

So he devised a set of clever plans to .... eliminate the infuriating teacher. Unfortunately, his reach in the mortal world was limited, so he had to improvise a bit: hence, Operation Fishy­Tiger.

Oddly enough, Mrs Morrison had both a cat and a fish, which was pretty much a recipe for disaster. It was a miracle that her ferocious orange tabby, Tiger, hadn't already mauled Fishy, her... fish. Yeah, Mrs. Morrison wasn't exactly the most original person.

Anyhow, Death would use his limited powers in the mortal world to mentally ‘push’ Tiger to eat Fishy, ergo put the idea in his head. Then it would just be a matter of time before Tiger knocked over Fishy’s bowl while trying to eat him, spilling the water and shattering the glass bowl. The shards of glass would pierce Tiger’s paws, and he would screech in agony.

Hearing Tiger’s meow of pain, Mrs. Morrison would rush into the room, not notice the spilled water, slip, and crash face first into a piece of lethal furniture. Boom, boom, boom. Assuming Tiger and Fishy died as well, that would be killing three birds with one stone.

“Amazing,” Death said as he mentally congratulated himself for that brilliant well-thought-out plan.

But reaching out to the mortal world was a bit exhausting, so the Grim Reaper put down his scythe, closed his eyes, collapsed onto his bed and took a quick nap first.

When he woke up, Grim was energized and ready to begin Operation Fishy­Tiger. Squeezing his eyes shut, his stance becoming meditative, he let his spirit wander into the mortal plane.

Like always, there was first a sense of vague disorientation, and everything was blurry ­- but slowly his surroundings sharpened and cleared. Where was he?

A quick look around told him that he had probably ‘landed’ somewhere in France. He sighed in irritation: “Why couldn't it have been a bit closer to my destination?” The skeletal entity tightened his grip on his scythe and focused on Mrs. Morrison’s aura.

Aura was a distinct energy signature that every creature had around them, but a human’s aura tended to be much more distinct, and each one was unique. This made it easy to locate any individual person when it was their time to… move on.

As The Reaper focused on Marianne Morrison’s aura, he felt a faint pulse at the back of his mind. Following it with extraordinary speed, he passed country sides and densely populated urban cities in a blur. He was invisible, of course, but several people would remember a faint chill when he passed “through” them. They would all chalk it up to their imagination.

Soon he arrived right at Mrs. Morrison’s house, and reached out his mental tendrils once again, but this time to find Tiger. Sure enough, a feline presence quickly made itself known to him; with only a bit of effort, he slipped into the rambunctious tabby’s mind.

Death was immediately bombarded with a mixture of boredom and contentment. Quickly, the Grim Reaper projected the feeling of hunger, concentrating on the hollow craving that occurred whenever one’s stomach was empty.

The ginger cat started to stir from his lazy position on the couch, idly prowling around. As Death continued his subtle brain­washing, the tabby became more and more agitated. Once Death felt the cat looking for Mrs. Morrison to feed him, he rapidly directed the feline’s thoughts toward Fishy.

Mentally directing Tiger toward Fishy, Death giggled-- no, chuckled darkly with glee. Finally! After all these years, Mrs. Morrison would pass over to his realm! It was not too long ago that Life told everyone how even the Grim Reaper himself couldn't kill Mrs. Marianne Morrison, so surely this would get the other Force of Nature to shut up.

Meanwhile, in the mortal world, Tiger pawed his way to the kitchen. Atop a spotless sparkling counter, just beneath three wooden cabinets, was a glass bowl reflecting the most beautiful rainbow prism from the rays of sunlight. Swimming tranquilly in eternal circles, mesmerized by the paralytic lazy afternoon, was a positively delicious-looking goldfish. Fishy fluttered his long flowing fins, displaying bursts of orange, reds, and whites.

Tiger’s eyes blazed with the prospect of eating Fishy. Without hesitation, the cat pounced.

As if in slow motion, Tiger let out a war­meow and soared through the air. His paws crashed against Fishy’s home, and it flew off the table, hitting the floor with a resounding crack, shattering into a million pieces.

Tiger cried in pain as the glass shards embedded in his paws. Meanwhile, Fishy gaped as he flopped helplessly on the slippery vinyl floor. “Tiger?!” exclaimed Mrs. Morrison as she rose up from the parlor chair with a handful of half-graded children’s tests.

Quivering with excitement, Death made a bold decision. He would not witness Mrs. Morrison’s demise simply in spirit. He would be there to see it with his own two eyes -- the difference was like watching an old black-and-white TV instead of a HDTV.

In a flash, Grim changed into his living humanoid form. At last, victory would be his.

They say the best laid plans of mice and men often go awry. Apparently, this wise piece of advice is not limited to rodents and humans.

In a cloud of smoke the Grim Reaper directly teleported into Mrs. Morrison’s kitchen. Clad in a galactic black robe, the Reaper stepped out of the thinning smoke in his shiny black heel. Whoosh! In an instant, the Grim Reaper slipped on the widespread water puddle from Fishy’s tank. Immediately the Reaper skidded headfirst towards the couch, flailing his arms around uselessly until ­- THUNK. There was a hollow sound as the Grim Reaper's skull collided with the wooden leg of the sofa. In an instant, his physical body was … dead.

Death’s spirit could only watch in horror as Mrs. Morrison came running into the room. She would have slipped on the puddle if the shadowy corpse of the Grim Reaper hadn't distracted her. “Oh my!” She cried, appalled, covering her mouth with her hands.

Correctly guessing that it was a scheme to kill her, Mrs. Morrison huffed in frustration, then quickly and efficiently filled a large party bowl with water and gingerly picked up Fishy from the floor into his makeshift home. Then in an effort to clean Tiger’s wounds, Mrs. Morrison petted him down with water to his utmost protest. Then she proceeded to remove the jagged glass shards from his paws.

After all was said and done, Mrs. Morrison crept slowly to the Grim Reaper’s physical form which was still slumped next to the couch. Hastily, she pulled his scythe away from his cold, bony fingers. “I'll be confiscating this.”

“No!” Cried Death’s spirit. “NO!” It was a priceless heirloom and the source of his power. Anyone who possessed the scythe gained the powers of the Grim Reaper and would become Death himself.

He tried to mentally ‘push’ Mrs. Morrison into giving him back his scythe, but her mental shields were indeed incredibly powerful ­- apparently developed from years of dealing with annoying children. Pathetically wailing in horror, the Grim Reaper retreated back to the Underworld, knowing exactly what would happen next.

Meanwhile, Mrs. Morrison was feeling strange. She had just picked up the scythe and luckily, Death had fled... But every moment she held the weapon, darker thoughts filled her head... She tried to let go, but it seemed stuck. Her eyes widening, she was completely unprepared for the shockwave of energy that exploded from the scythe.

When she got off the floor, her head was spinning. “Wh­ what?!” Instinctively rubbing her eyes, she gasped in horror when her vision cleared up and saw she was wearing a dark robe, not unlike the one Death was always wearing.

Rushing to the nearest mirror, she was speechless as she saw her reflection: now, she was a figure shrouded in shadow, a dark hood pulled up on her head and the scythe still stuck to her now­bony hand.

Suddenly, a dark and infinitely compelling voice whispered Kill… Kill, in her head.

She tried to ignore it, but it only became louder and louder. But soon she found herself accepting the voice, bit by bit... Why not? It would be fun, she told herself. And it would satisfy the seemingly endless bloodlust she had developed.

Walking slowly from the room, stepping through the uncorrected test papers, she eyed Tiger and Fishy darkly, curling her fingers excitedly around her scythe.

They would have the honors of being her first victims... But certainly not the last.

In conclusion, Mrs. Morrison was really way too busy to die.