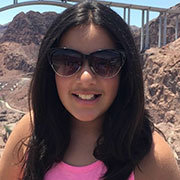 “Vamp Hunting” by Disha Yadav, is the Highly Commended story in the junior category of the second biannual International Short Story Contest 2017 which was organized by Kids World Fun.

For all I knew, this was coming. My name is Breanne, but most people call me Bree. I am a 12-year-old girl who had a normal life till I found out about her. I live in a two-story house in New York and my parents were always on the road going to help the less fortunate. Since they were always on the road, so they had to hire someone to take care of me.

Since they were going Hong Kong helping needy children, they left me with a new nanny named Vila. My old nanny retired of old age. She was very sweet unlike Vila who seemed kind of conspicuous. She wore dark clothes, her skin was very pale, and she wore sunglasses indoors. She seemed sort of scary, but I wasn’t going to be afraid. I was going to get to the bottom of this.

Once my parents left, Vila closed all the windows and sat in most all darkness. I asked her why she closed them and she said she was sensitive to sunlight. I was going to find out what she was and why she seemed so different. Vila had begun to come up the stairs to talk to me so I quickly hid my journal that I was taking notes in and she said, “What would you like for dinner?” I just told her anything would be fine. She went off to the kitchen and staring making pizza. She accidentally left the pizza in the oven to long and began to yell, “FIRE! FIRE!” I ran downstairs and brought her the fire extinguisher and for some odd reason she yelled, “I am not getting close to the fire. You do it.” I thought to myself, ‘Who would put a child’s safety in danger before their own, especially a nanny. Isn’t that their job?’ After I put the fire out she told me in a soothing voice, “Sorry, I just really don’t like fire.”

I told her to just order pizza and I ran upstairs to right two things in my journal. The first was that she didn’t like the sun. When she came, she closed all the windows and said she was sensitive to sunlight. That was why she was wearing sunglasses indoors. The second was that she didn’t like fire meaning she would risk my life so she wouldn’t have to get close to the fire. What kind of nanny did my parents hire? What did she want? After I ate the pizza, it had become night and I was ready to go to bed. She didn’t eat anything for dinner as far as I knew and when I asked here for a glass of water she wasn’t there. What kind of nanny leaves their kid all by themselves?

I saw her walking out of the house and I tried to follow her, but she just vanished. I wrote all of this down in my journal and went back home. I decided to just go to sleep and the next morning I asked her where she had gone when I tried to ask her to bring me a glass of water. “I went to take care of some…… business. Yeah, that’s it.” she told me.

“Okay…. I am going to go take a swim in the pool and usually on Wednesdays my old nanny would make garlic bread and taquitos.” I replied.

“Garlic Bread! Oh no! I hate garlic bread. I can’t cook it. How about I make extra taquitos for you?”

I nodded confusedly and left because I knew what she was. Suddenly my swim wasn’t important, my safety was. I went to call my mom and dad and told them Vila was a vampire. Vampire One O’ One was that they hated garlic. Also the fire and the sunlight were a total clarity of vampire hood. My parents didn’t believe me, but said if I wanted I could have a new nanny. I did one more test by showing her my mom’s silver necklace and told her,

“Hey, my mom got this for you as a present for taking care of me. It’s a silver necklace.”

She ran up to her room and I knew she was a vampire. I prepared myself to fight off the vampire. I had wooden stakes (I carved from a table), garlic, silver, and was ready to open the windows. I went to Vila and said,

“I have no idea what you are talking about.” she replied.

“Oh yeah. You are a vampire and I am not going to stop until I capture you.”

“And how are you going to stop me?”

I showed her all of my weapons and she flew to the roof to get away from me.

“Silly mortal. You can’t stop me when I am way up here.”

I knew she was going to fly away to get away from me. This was going as planned. When she had flown to the side of the house with the largest window, I opened it and when she began to fall, I tied her up and closed the window.

My parents then walked through the door and my mom said,

“Good Job Bree! We put you to the test to see if you had the ability to become a vampire hunter. That is where we go, to fight vampires. Vila is a vampire and we knew it, so we brought her here to see if you were ready.”

“Bree, we would be happy if you joined us for the rest of the summer, capturing vampires.” said my dad.

I squealed with excitement and said, “YES!”