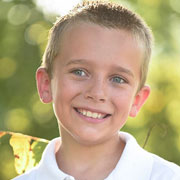 “The Spy School” by Gabriel Wood, is the Highly Commended story in the sub-junior category of the second biannual International Short Story Contest 2017 which was organized by Kids World Fun.

The government was corrupt. Everything it touched got destroyed. America now had a dictator instead of a president. They had brought back slaves. It is our mission to stop them.

Bob ran to school. He found himself wishing he could join a group that would stop the government. After all, the government had burned down his house. It happened when they were away at the market, and when they got home they were shocked to just see a pile of ashes in the place of their house! They burned it down because his dad used to be in the government and had refused to go along with the corruption.

Brinnnnnnnnnnnnnnng! Jack could hear the school bell from his house. He was late! He rushed out of his house saying “Bye mom, Bye dad! I’m late for school!” When he got to school he quickly looked in his locker and got his supplies. He paused. He saw a note in his locker. He thought it was just a couple of insults from the school bully. He decided to check it when periods switched. He quickly hurried into his classroom. He glanced at the clock. Phew! 8:55. Just five minutes before he would get detention for being late. Jack hated math. His teacher was droning on and on about algebra and how humanity would be lost without it. Finally, after what seemed like forever, the bell rang. Jack ran to get his science textbooks. Then he remembered the note. Strangely enough, it was wrapped in tinfoil with a golden seal on it. It read:

We know that our government is becoming corrupt. It is our mission to stop them. You have been chosen because we have seen your leadership skills in school. Don’t ask us how. If you want to join, check your mail TODAY. It will be gone tomorrow. We can only tell you more if you join. It is our sincerest hopes you will.

Jack was dumfounded. Of course, he wanted to join because the government had made his sister a slave. They came home and found a neighbor screaming “She’s been kidnapped! She’s been kidnapped!” Sarah was one of the best space researchers in her field. He bet she was kidnapped because she had made great leaps in space rocket fuel efficiency and the government had taken to kidnapping workers instead of paying them.

He had so many questions about the organization that THE BOSS was asking him to join. Would it be like a school or an army? Who was THE BOSS? What would he tell his parents? “Bye mom, Bye dad, I’m off to destroy the government? Worst of all, what would happen if the authorities found out about the school? He sighed. He would find out the answer to these questions if he joined. He knew he would join. Why wouldn’t he? Then he thought about it more. What if this is a government trick? He shook his head. If it was, he had taken karate lessons before. He could hopefully fight them off, even though he was just a kid.

Later that day at recess he was talking to Bob, his friend. “I got a strange note in my locker today,” said Jack. “So did I!” said Bob. “What was it wrapped in?”

“It was actually made of gold.”

Bob asked “Was it about a secret spy school?” “So that’s what it is!” exclaimed Jack. “My letter didn’t say what it was called. Are you going to join?” “I think I will, but I’m not sure yet,” replied Bob. “I know I am”, said Jack. “Well...” replied Bob. “The reason that I don’t want to join is that I feel like we are going to get caught resisting the government. The reason I would join is that I really want to stop the government from being corrupt.” After much thought, he decided to join.

When Jack got home he checked his mail. He found a steel box that was painted black and had a golden lock on it. He wondered how he was going to open the box. Later that day he saw a man lurking around the mailbox doing nothing. He finally slipped something inside his mailbox. He ran outside to see what it was. It was a key! He bet it opened the box, so he tried it and it worked! Inside there was an almost plain piece of paper that read:

If you want to join, sign here and send to 10 Mysterious Ave, Greensborough, South Dakota.

Jack instinctively signed it and sent it.

Now all he had to do was sit back and wait for a response. He had to be very patient. Sometimes he even wondered if they had forgotten about him. Thirty-nine days later he got a reply that came by mail. It was the exact same type of box as before. Later a key came in the same manner as earlier. The note simply read “check your locker.” He did what the letter said, and when he opened his locker, there was a tube in there big enough for a human to go through! He saw a sticky note in there labeled “slide down this.” He looked around to make sure nobody was coming. He squeezed into his locker like a fat guy squeezing into a child’s chair and closed the locker behind him. The tube propelled him 1,576 miles away. He could feel the wind pushing him down the tube. It felt like his body was going to tear apart!

When Jack got to the end of the tube he saw the spy school. There was a big banner inside saying “Welcome Jack and Bob”. He looked around and saw Bob standing there. “Hi”, Jack said “What was that!?” “Come on, let’s go!” Bob said. “They showed me around already. They told me to stay here, wait for you and then show you to our classroom. It’s just down the hall.” As he looked around he saw there were no windows and smelled a musty basement odor. “Is the entire thing underground?” asked Jack. “Yes.” Bob replied. When they got there, it was not what Jack expected. There were kids with ray guns. Yes, ray guns! He looked down the hallway into an underground hangar and saw kids in F-8 fighter jets in a hangar ready to take off, go above ground, and start practicing dropping bombs in the vast, empty desert.

Finally, the teacher got their attention and made an announcement. “Class, we have two new students. Their names are Jack and Bob. First they are going to learn how to fly an F-8 fighter jet.” He escorted them down to the simulator room. When they got there he said “Sorry, I have to get back to the rest of my class. I trust you can learn this without help.

Jack finally said “Well, let’s get started. In the simulator, Jack had great accuracy. When his teacher came, he was very pleased and called him a “natural”. Mr. Cornelius said they were ready to practice handling ray guns. In this class, after six days of practice, Jack always hit the bulls eye. His teacher said when they attacked the government he could participate in the fight. He told Jack to take off and go above ground and practice aiming bombs in the desert. Every day he practiced and every day he got better. One day, the whole class practiced parachuting. They went up in the jets and they were all very scared. Jack did it perfectly. He also noticed there was snow on the ground. Was it really, already winter? His teacher said when they attacked the government, he would be ready. Then the loudspeaker beeped and out came a voice. “All fighter jet flyers and ray gunners report the takeoff zone now. We are about to attack the government.” “Yes!” Jack and Bob said simultaneously “We get to participate in the fight!”

Nearly six hundred kids were flying fighter jets loaded with parachuters halfway across the continent at Mach three. What could go wrong? Everything. They were detected by radar so the government was ready for them. In the plane that Jack was piloting, the parachuters were getting ready to jump out. Suddenly, the door that was opened for jumping out of was slammed shut! A bolt came loose when it was hit by a stray bullet! Jack told the troops to look for anything useful to get them out of the plane. Bob found a sledgehammer. They used it to smash a large window. They jumped out of the hole in the jet. Jack’s group with all the other groups then parachuted onto the government’s field and rescued all the innocent people that were there. The planes landed on a government runway so the gunners could load the slaves and other innocent people on to them. On Jack’s plane, there was his sister! He jumped with joy! They had so much to tell each other but there wasn’t time now.

The gunners went inside the government stronghold and started looking for the dictator and his corrupt advisers. They found a soldier and before they could do anything, he told them where the dictator was. The soldier had been looking for an opportunity to oppose the dictator. He had seen all the evil that the government had done. The troops ran to the location that the soldier told them about and they placed a time bomb on the door. They quickly ran out of the room and out of the building and took the soldier with them to keep him safe. The thermal detonator would likely just blow up the room but there was a chance that it would blow up the building. As they were running away they could see fire and smoke in the center of the building.

The planes quickly swooped down again and picked up the gunners. They had won! They had taken over the horrible corrupted government!

They all flew back to base and decided they needed to help remake America. That night they all brainstormed ideas that would help rebuild the nation. They said they would establish a new government. They would refund all the money the government had stolen. They would also help people get back on their feet by giving all of them jobs. Then they had a nationwide election to elect senators, representatives, and, of course, the president. Many churches volunteered to give food, clothes, and shelter to whoever needed it. They would start to rebuild the schools, roads, and hospitals that the government had destroyed. The new government hired lots of workers to work on those projects. They had rebuilt America!