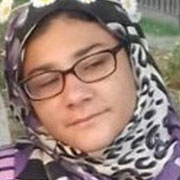 “It’s a Deal, Then” by Maha Ali, is the Highly Commended story in the senior category of the second biannual International Short Story Contest 2017 which was organized by Kids World Fun.

It’s a Deal, Then

Mr. and Mrs. Johansson had a budding businesswoman for a daughter. Cool and clearheaded, Emma could calculate large complex sums in her head, knew all the tricks to haggle with shopkeepers and had the insight to know exactly what she wanted when making deals or compromises. Always top of the class, she had the potential to capture the world market when she was older. The couples had plans of sending her to Harvard Business School when she was graduated. Everyone acknowledged the fact that she was a born businesswoman. Everyone, except their daughter.

As she scribbled the last words on the page, she smiled and closed her sterling-grey eyes in contentment. She closed the notebook and felt the tranquility envelope her once more. Writing gave her pleasure; such pleasure which she felt was unattainable by any other method. Her ideas were like wild animals clawing inside her brain and once she released them on paper, peace returned to her world. She was a born writer; everyone acknowledged that fact. Everyone, except her parents.

Emma closed her eyes for a moment as her father’s words sunk in. She was tired of explaining.

“Dad, I don’t want that fancy new calculator. I can do calculations in my head. But this book is about writings styles. I really want it for my birthday. I want to write when I grow up. I want to travel around the world, turning my experiences into books. I want to paint pictures with words. I don’t want to be stuck behind a desk all day,” she tried to explain.

Writing was her passion. She knew she would be successful if she decided to pursue it. Even though she knew she had business in her blood- both her parents were business people- that spark which was ever-present when she was writing, seemed to disappear.

Even before he heard her reply, he knew what it would be. It was the same every year before each of her birthdays. He shook his head. Being a business man was more than just sitting behind a desk. It involved thinking creatively and showing initiative and about knowing how to interact with people. Being an experienced businessman though, he decided to strike a deal.

“Sweetie, why don’t you go to Harvard in four years? You don’t have to continue in business if you don’t want to.”

He didn’t expect Emma to agree. However, he was unaware of the doorways he had opened in his daughter’s mind.

Emma smiled at her father’s suggestion. That’s a good idea, she thought. There wasn’t a university which specialized in language arts, at least not one she was aware of. Besides, Harvard was a name which carried weight. If, for any reason, her writing career was not going well, it would be practical if she had another option, commerce, to fall back on. And, she thought, it might be fun. She was an open-minded girl who loved new opportunities. Besides, there was still plenty of time before she actually applied.

Mrs. Johansson entered the room with a plate of freshly baked cookies. She had a nervous expression on her face, the one she wore when the topic of Emma’s future was being discussed. But to her surprise, there were no flare-ups this time. Her husband and daughter both looked contented and she happily took a cookie from the heap.

Twenty-eight year old Emma Johansson sat behind a mahogany desk in her huge office in Manhattan. Paperwork covered her table, and she went through it with the trained eye of a professional businesswoman.

“Towels lose popularity…. $1500 loss to the company… Hmmmm…. Sales of pens led to $2 million profit…. Demand for notebooks in Japan…” she murmured to herself.

Her flow of thought was abruptly interrupted by a knock on her closed door. It was opened a crack and a young man poked his head inside.

“Miss Johansson? A Mr. R. S. Pettigrew is here to see you. About some stationary order, I believe?”

Emma looked up and nodded.

“Please show him to the boardroom. I shall be down shortly. Thank you, James.”

Another business prospect. She felt a thrill run down her spine. She found that whenever she succeeded in selling her products, she felt much calmer. It had been fourteen long and eventful years since the last disagreement with her father about her profession. Six years at Harvard with qualified teachers, life-long friends and stimulating projects had increased her interest in becoming a businesswoman. Now, in only four years, Emma’s company had already established themselves in the eyes of all the capitalists in the country- and some abroad.

However, this success in her chosen field did not in any way vanquish her desire to write. That was why her spare time was solely dedicated to just that. She had published her first book at only twenty-six years of age, and was currently working on her second novel, aimed at teenagers about subject selection and how it would affect their future.

Still day-dreaming about the events which had unfolded in her own life story, and thinking of the way she could weave it in her next book, Emma realized with a jolt that a new customer was waiting for her, and with a smile she went to greet Mr. Pettigrew.