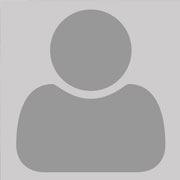 “Aqua Academy” by Adeline Ruth, is the Highly Commended story in the junior category of the second biannual International Short Story Contest 2017 which was organized by Kids World Fun.

Hi. I'm Brooke. Today was my thirteenth birthday, yeah, yeah, you can sing for me, but this was officially the worst birthday of my life. All in one day, a mermaid had taken me away from my house to this underwater academy called Aqua Academy. To make it even more creepy, I learned I can breathe underwater, and I have water powers. I had to attend an underwater school to learn how to use my powers. I was stunned. The weirdest part of this entire day was dinner.

“Students of Aqua Academy. I am pleased to welcome our new recruits. There is something that I must inform you about. Last night, there was an unknown person on our campus. They seemed to be looking for something. We are not aware of their intentions, but we need you to be extra cautious this year. Although we have no evidence, this person's intention could have been to find a student.” There was a gasp from the crown of students. “We are not sure, as I already said, we just want you to be aware. Thank you everyone and have a nice dinner.” My new professor announced and sat down.

All of the students slowly turned to their food and stared at it until it had lost its warmth. I didn't even know where I was and now I had that to worry about.

After a few months of attending Aqua Academy, I felt like I was part of the team. If it sounds like I was having a good time, I was not. Ever since the first night I got here, the tension just kept on growing. The most unsettling thing was that people kept whispering about how they thought the “unknown” person on our campus the night before I arrived was here for me, just because I arrived the next day. That was a really comforting thought, thanks for the support everybody.

On our way to dinner one night, there was a huge crash in the courtyard. The security went out to check what was going on as we waited nervously in the dining hall for the security team to come back. I couldn't stand waiting anymore. I snuck out of the dining hall and out into the courtyard. What I saw was horrifying. Guards lay dead on the ground and in the middle of the of the bodies was an army of maybe two hundred men, hidden behind black robes. I shuddered.

They had found the academy. I remembered something my dad had told me when he was alive. One day you will stand at a path of being a coward or a hero. If you chose hero, the only way you can beat the enemy is with… I couldn't remember, well that's convenient. The only thing I was certain of, was that this was the time to stand and be a hero. Instantly I ran at the sea of enemies. Yep. That was probably the dumbest move I had ever made. Instantly, the army attacked. They ran into the school with lightning speed and within minutes had set off screams from every corner of the academy.

The students and professors gathered their senses and started fighting back, but that was getting us nowhere. If only I could remember. Wait, that's it!

“Everybody stop fighting! Violence is not the answer!” I screamed at the academy. I didn't think it would actually work, but everyone froze, including the enemy.

“The only way we can defeat them is with love! They have no love in their hearts. If we can show it toward each other, we can fend off any evil!” That's what my dad had told me! Everyone looked confused. The enemy turned started attacking harder and deeper into the school.

“Everyone hold hands!” I had no clue what I was saying, but for some reason, people obeyed. “Now, think of who you love the most, and shout their name.” I yelled. On the count of three everyone did as told. A huge red cloud burst out from the circle of people and wiped out the entire army. We saved the school! The students looked up and smiled. Wow, that was easy. Thanks dad.

As the year went on and the school was reconstructed, we all attended classes as normal. Despite the chaos and terror from this semester, we had all learned something that year. Love is the strongest weapon in the world.