Short Stories » The Rat that Bargained too Many 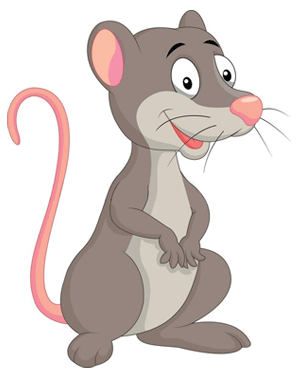 The Rat that Bargained too Many


Once upon a time, there lived a shrewd rat. The rat was kind; however, he would always bargain for just about anything. One day while walking along the road, he found a broken branch lying under a tree. The rat put it in his bag to use it for his furnace in winter.

He continued his journey and came across a poor old man trying to light a fire. Around the man, were three little girls who were crying. The shrewd rat immediately offered his help to the old man.

The old man who mistook the rat’s intents replied, “Of course you can help. My children are hungry and the wood is wet. I cannot build a fire to cook their meager breakfast.”

The rat said, “I have some dry branches, which you can use it to make a fine blaze.”

The thankful old man offered the rat some dough in return. The shrewd rat was happy that he got a week’s supply of dough for a dry branch.

He carried on his journey and entered a pottery maker’s yard. There he found two boys crying.

The rat comforted them and asked, “What is your problem? Perhaps, I can help you.”

The elder boy stopped crying and said, “Our parents have gone to the village. They went to get some food and haven’t returned, and we are hungry.”

The rat said, “Well, take this dough, and bake it. Soon you will have bread to eat.”

The children thanked the rat and offered a pot made by their father. They said, “We will not forget your kindness.”

The proud rat tottered off with the pot. It was heavy, but the rat was happy at his shrewdness. He thought the exchange for the flour was a good deal.

He continued his journey and came across a farmer, milking a cow. Since he did not have pale, he was draining the milk into his shoes.

The rat said, “You are making your milk dirty, by draining it in to your shoes. It would be better if you had a pale or a pot.” Saying so, he offered the farmer his pot.

The farmer offered the rat some milk to drink in return. However, the rat refused it and said, “I need a better bargain. Perhaps, you ought to give me a cow.”

The farmed laughed at the rat’s suggestion and said, “You are a little animal. What will you do with this cow?”

The rat said, “Well, that’s my problem. I will learn to handle the cow.” Therefore, the farmer tied the cow’s rein around the rat’s neck.

The rat walked a few yards in a cocky manner and soon realized the rope was choking him. As the cow had stopped to graze, the rat had no choice but to wait. He thought, as the cow was his property; he ought to take good care of the cow. Therefore, he thought that he should follow the cow.

The whole day went by. The cow moved from one spot to another and the rat struggled to catch up. Finally, at dusk, the cow stopped by the river and rested. The weary rat gratefully sat beside him.

Very soon, a wedding procession passed by and stopped to rest beside the stream. Four men were carrying the bride in a palanquin. They stopped by, and began cooking some rice, as that was all they had.

The rat seeing the predicament of the hungry bearers thought of another plan. He offered his cow to the four palanquin bearers as their supper. They laughed at the suggestion, but eventually agreed, as they were hungry. Soon, they had a huge steak, and offered a tiny piece to the rat.

The rat became angry at their offer. He explained to them about how he got the cow. He then added, “Therefore, I will take nothing less than the bride herself.”

The bearers realized their mistake and fled. The rat went up to the palanquin and lifted the curtain. He then told the lovely bride, “My dear, you are mine and I shall look after you.”

The girl giggled and followed the rat, as she was alone and frightened. They reached the rat’s hole and the rat invited her to his home. Obviously, she could not get in, as the hole was tiny. Therefore, the rat said, “Tomorrow, I shall make the hole larger. Until then, you can sleep under that plum tree.”

The bride complained, “I cannot sleep as I am hungry.” The rat grumbling that all brides were a pain, went into his hole and came with a plum.

The girl looked in awe at the plum. She then said, “You expect me to daily cook, clean the house and do other jobs for just a plum?”

The rat shook his head in disbelief. He had not expected this from his new wife. He said, “Tomorrow, I shall get you some delicacies from the market.”

The next day, the mouse and the girl went to the market. They reached the palace, and there was the bride’s mother, the queen waiting for at the gates. Thrilled, the queen and daughter embraced each other. The rat was fuming all this time. He told the queen, “She is my wife now. I traded a cow for her, so she belongs to me.”

The wise queen could scarcely hold back her laughter. She said, "My dear son-in-law, we have been waiting for you. We have prepared a special room for you.”

Delighted, the rat followed the queen. The queen took him to the oven and asked him to go in. The rat leaped inside and “bang,” the oven door shut. He sat there fuming, while the queen and daughter were laughing uncontrollably.

Soon the temperature became hotter and the rat’s tail caught fire. He cried out loud, “Please let me out; I shall never make a bargain again.”

On hearing this, they let him out. He ran, his head hung in shame. The rat had learned his lesson. He never, never made another bargain.

Message: The rat thought that it was a clever rat indeed, but all his clever bargaining was only greed.

Moral: Never try to push your good chances too far, or you may lose what you have.

« Back to MenuNext Story: The Tale of the Magic Box »