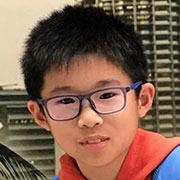 “The ox, tiger, dog and dragon” by Tay Jia Jun, Malaysia, is the Highly Commended story in the junior category of the first biannual Short Story Contest 2018.

The ox, tiger, dog and dragon

Over a thousand years ago, in the American rainforest, there lived an ox, a tiger, a dog and a dragon. A weird combination, I know, but they were like a family. They depended on each other for survival. The ox, Buldgeon, was hot tempered and often got into fights with other oxen. Jane, the tiger, was the smartest of the four and always thought about what she was doing before acting. Phil the Dog was quite intelligent too, and didn’t like fighting. He was often picked on by bigger dogs because of it. Jake the Dragon was the most dangerous of them all. He had not yet controlled his fiery abilities and sometimes caused fires just from getting angry.

One day, a great evil attacked the rainforest. Many animals were being killed by dark warriors and all animals were at risk of going extinct. A wise old wolf in the forest had enquired that the powerful Orb of Life, known to the animals as “the Fanjaar”, could overpower the evil beings and send them back to the realm whence they came. But, alas, no animal wanted to risk their lives to do something nearly impossible. So, feeling as brave as lions, Buldgeon, Jane, Phil and Jake decided to take a chance and go off on a journey to locate and retrieve the Fanjaar.

After trekking in the jungle for around an hour or two, Buldgeon sat down, and dug his legs into the ground. Jane rolled her eyes and sneered at him, “Oh come on, Buldgeon. If you can’t last a few hours strolling around, we might as well turn back and wait to die.” She knew the type of language that would anger him and get him running again. “Oh, of course I can last a few hours in my own jungle. What do you think I am? A meerkat?!” Buldgeon suddenly got up and walked casually towards the mountain range that possessed the Fanjaar. “What are you waiting for, the Legendary Life Orb to appear in your paws?”

Not half a mile from where they had continued adventuring, Phil spotted a dark soldier and whispered to the others, “Watch out, guys. We’ve got company.” Not thinking, Jake lashed out and flames spurted from his nose and mouth. The troop of warriors was quickly alerted. “ShA, HelVaan!” a soldier boomed and the others were immediately ready for battle. “What did you do now, Jake?” Jane screeched. “We had the element of surprise, but now you’ve ruined it!” Feeling angry and ready for battle, Buldgeon rammed himself into the nearest warrior and had him catapulted into a tree. Jake the Dragon towered over the men like a house, so none of the warriors thought it was a good idea to attack him. Jake, though, was more than happy to use his tail as a whip and his mouth as a flamethrower to exterminate the soldiers. But far away, the King of All Evil was hearing about these creatures who were messing with his plans to take over the world. “It doesn’t matter,” he told his minions, “They won’t even reach the Forgotten Tree.”

The Forgotten Tree was one that was said to have magical healing powers that could save you from the bites of a hundred cobras, or the sharp claws of sixty eagles. But these powers were rumoured to have faded as the tree got older, and so was forgotten and left to rot. Soon after the warriors that Jake alerted were silenced, the team of heroes arrived at the roots of the Forgotten Tree. “Wow,” Phil was amazed. He had always wanted to see the tree for himself, even after listening to stories about it over a hundred times. “This tree is standing at over sixty feet tall,” Jane observed, “I think this beauty could house more than three thousand monkeys.” The Forgotten Tree had indeed been giving shelter to many apes, and they thought the group of animals had come to attack their home. “What’re yadoin’ here, chumps? What, you think you can raid us? Ha! All the animals that have come here faced the wrath of the Chimpanzee Clan, and you’re no different,” the monkeys threatened Buldgeon, Phil and Jane. Suddenly, the chimps started pelting rocks at them! So Jake slithered out of the trees and into the clearing, letting the monkeys know what they were dealing with. “You mess with my friends, you mess with me!” Jake roared, but just keeping himself from creating flames. The apes clearly were scared of the dragon, as most of them retreated into the leaves of the tree. Others were too shocked to move. One stuttered, “Uhh, you can have our tree if you want, mister. We didn’t mean to pick a fight, we just thought your friends were trying to attack us!” “Well they’re not. We also don’t want your tree.” Jake scoffed, and turned to stomp away, then paused. “And please stop throwing rocks at everyone who passes by.” The chimpanzees were quick to agree, so the ox, tiger, dog and dragon took their leave.

The four friends spent the next three days or so exploring the dense greenery of the rainforest, eating and drinking and laughing and having a great time. Well, until they reached the shoreline of the endless ocean, that is. The Fanjaar was apparently on a mountain across the great sea from America, and the animals had no way of reaching the other side. “I could fly you across one at a time, couldn’t I?” Jake suggested, but the idea was quickly rejected by the others. “It’s called the endless ocean for a reason. Even if you could fly that far, you couldn’t carry us all the way over,” Buldgeon argued. “I do see another way though,” Jane said, hinting towards the palm trees that could be cut down into a raft. So Jake got to work slicing down the smaller trees and the others found rope to put the logs together and sticks to be used as oars.

Time was slipping out of their grasps quickly, so Buldgeon, Jane, Phil and Jake hopped onto the boat as soon as it was completed. Though, the boat ride was not as calm and peaceful as they had thought it to be. Their first stick had broken in the first day on the boat. However, that was the least of their problems. On the third day boat riding, a few sharks had swum over to the boat and started gnawing on it. “Hey, that’s our boat! You can’t just eat it!” Phil tried to protest, but the sharks threatened to eat him, too. After a few hours of the sharks toying with the boat, Buldgeon had enough. “That’s it! One more bite and I’ll fling you all the way to Greenland!” he roared with anger. “Really? Try it then, I want to see how far you can throw me!” one of the sharks taunted him, unaware of his strength. Buldgeon then threw the shark onto his horns, and launched him far from his home. Suddenly intimidated, the other sharks swam away.

Soon, the animals reached the shore. They shouted out happily, but were stopped short by the thumping footsteps of something big. “Guys, I think the evil people heard us,” Phil warned, but it was too late. A bear as tall as the average tree emerged from the wood, growling and swinging his huge claws carelessly. There was a video recording on the bear’s head, and a voice thundered, “Welcome to my territory, Legendary Heroes. I am the King of All Evil, and a little bird told me you wanted to take the Fanjaar and stop me. How irritating. I guess I’ll have to put an end to your games.” The unnaturally large bear patiently waited for the video tape to finish, then attacked Phil, knowing he was the weakest. Phil was ready for the attack when the bear slashed wildly with his claws, and dodged easily. The rest of its attacks were just as angry and predictable, but that didn’t make it easy to take down. Jane and Buldgeon tied ropes around its legs while Phil and Jake distracted the bear. It tumbled over with a loud thud, and Jane concluded that it wouldn’t be up for at least another day.

The team of heroes stepped slowly and carefully in the booby trapped woods. They had already been surprised with three traps, not including the bear. Slowly but surely, they made it through the woods and into the clearing. They were then greeted by none other than the infamous King of All Evil. He had whipped up an army in record time just to stop the heroes from interfering with his little plans. “I see you’ve made it out of the jungle,” the king grinned, “But this is the end of the line for you.” “Attack!!” he ordered his army, and they dove straight into action. The animals were in fighting shape in seconds too, ready to fight. Jake burnt them to a crisp and Buldgeon stabbed through them with his horns. Jane clawed at the warriors’ faces. Phil didn’t like fighting, but he didn’t have a choice in this situation. So he grabbed a nearby net and hauled it at the men, trapping them. The battle raged on for much longer than an hour, and even the King had lost patience and joined the fight. Of course, Buldgeon, Jane, Phil and Jake won, but the King wasn’t done. He had enough power for one last energy blast, but the heroes were already moving towards the mountain of the Fanjaar, so they didn’t see it. Jake, though, whipped his head back to check on the defeated King, and realized that he was about to attack!

“Watch out!” Jake yelled, and dived into the blinding green light. As the others turned, it was already too late. Jake had been engulfed in the green energy, and he had been knocked out completely. As the King of All Evil faded away, he cackled one last time at the heroes. “You’ve lost your best member…..” he murmured. Then, he was dead. The team of heroes rushed Jake towards the clearing, and Jane and Phil slowly fed him medicine that would wake him up. They also put herbs on his wounds so they would heal quicker. But they could wait no longer for the Life Orb to be retrieved, so Jane and Buldgeon left Phil to take care of Jake and started scaling the mountain. It was tall, rough and steep, but they had been through a lot, and a hill couldn’t stop them. Buldgeon ripped the Fanjaar from its shrine, and a shining pink glow showered the Earth. The evil men were gone. They took their boat back to their own village, and everyone celebrated their return. The monkeys with the most medical expertise were to look at Jake’s injuries, but they declared that he would be fine with a year’s worth of rest. Jake wasn’t happy about it, but at least he was alive. For many generations after that, stories about the great heroes were passed down and everyone knew about them. And there we have it folks, the tall tale of the ox, tiger, dog and dragon.