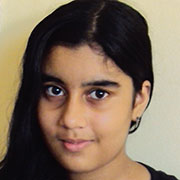 “The Final Home” by Ananya Aloke, India, is the Highly Commended story in the senior category of the first biannual Short Story Contest 2018.

He leaned closer to the window with a faint longing. Outside, the wind blew on the tarpaulin of the tent. The sky was getting darker, tinged with orange above the hills. Birds were flying back home... home, he thought smiling to himself. Lucky they were to have a home to fly back every day. But then the smile faded. He envied the birds. And it wasn’t a nice feeling.

Ranjit turned away from the window thrusting his hands into his pocket. Some of the soldiers were huddled together. They were silent. One had fallen asleep. Jaspal was trying to crack jokes but no one listened to him. Ranjit told them he had something to do. Then sat down in a corner and lit a candle with his cigarette lighter. His hands were shaking slightly in the cold. Jaspal called with his usual cheekiness, “what’re ye doin’?” Going by his tone, Ranjit could have been doing something very stupid.

“Does it matter?” Ranjit snapped. Jaspal didn’t reply. He instead got up and dashed out, telling the others that he had lost his engagement ring somewhere. Everyone laughed. Ranjit grinned as he took the pen and paper from his bag. Then scribbled –‘Dear Simran.’ He stopped to cough... also because he didn’t know how to begin. When people write letters, they talk about their homes. But Ranjit couldn’t. The only things that happened here, at the army camp, were blizzards, skirmishes, bomb attacks and gangrene. Other than that, guns, artilleries and shells. Even a cook had died last week. Ranjit sighed. Could he write all this to his wife? Surely not.

Then his mind wandered away to Simran’s letters. Mostly her letters were stupid and boring. But Ranjit found them funny... That reminded him of something and he began absent-mindedly: ‘I got your letter last week. What had you asked about getting good tea? I didn’t get your point. What we are given for tea is only boiled water. Nothing like your tea... And you know, we haven’t anything to talk about either. In the evening, it feels very lonely. Sometimes at night, I can’t sleep as well. It’s so unbearably cold. And when I think about you and Munna, I never feel sure about anything. You are so far away. I can’t do anything and...’

Suddenly Ranjit was surprised, even frightened by what he had written. He thought of the letter passing under the eyes of those who inspected their letters before they were sent from. What would they think? That he had gone nuts.

Ranjit pulled himself together and tore it up. Then rephrased his thoughts and started again: ‘Dear Simran! How are you? How is Munna? I received your letter. So winters have arrived there. By the way, it is getting cold here too. Snow-clad mountains, deep valleys. Apple orchards. Kashmiri people in long woolen dresses, carrying their goats and yaks. Do you know how their yaks look? Like balls of wool. They are beautiful.’

Ranjit sniffed. He hadn’t seen most of this but he made it up... He stopped again and looked up. Somewhere outside a dog was whining. Ranjit turned back to the letter. He wondered what Simran could be doing right now? Maybe standing by the window, combing her hair or cooking. Or chatting with Munna. As he thought, Ranjit touched the pen to the paper but words didn’t come. He wanted to talk about that little boy with bushy hair and beady eyes. After all, Munna was his son. But they had never been together for more than a couple of weeks. And the last time he had seen Munna... Suddenly Ranjit felt something heavy press upon his chest. That last time....

It was some seven months back, at a railway platform in Gurgaon. Simran was talking breathlessly and Munna was in Ranjit’s arm. Maybe a boy of four is too old for that but Ranjit carried him anyway. Munna was babbling and Ranjit kept listening and laughing. Then he pulled his cheeks, promised to return and put him down. Munna stopped laughing. Even Simran fell silent. Ranjit felt an emptiness. He tried to smile but couldn’t. He instead picked his bag, turned quickly and rushed towards the train. But after Ranjit had found himself a seat in a general compartment, he stared out of the window and saw Munna who wasn’t laughing any more, but crying, holding Simran’s hand. As the train began to move, Ranjit pressed himself against the grills, trying to call out. But the train kept moving, slow at first, then faster and faster... True, he didn’t have a home.

The shaking of the candle brought him back to the present. If he hadn’t caught it in his fingers, it might have toppled over. But the flame died. Ranjit cursed himself and coughed loudly. Outside, the dog began howling. Ranjit cursed the dog too. As he was struggling to light the candle, Jaspal came in. He said he had heard something outside. But Ranjit didn’t pay attention. He only felt irritated, wishing that they would shut up as he went back to finishing the letter. He felt a little furious with himself. Honestly, why did he need to think so much?

Ranjit wrote ‘Yes, as I was going to tell, I would soon get my salary and then you could pay the rent. I might also come back home next month. I am not sure, but maybe. Tell this to Munna! It will cheer him up. And I will bring a woolen shawl for you and socks for him. From Kashmir. And if it’s a nice long holiday, we could go somewhere together. What do you say? Well, write to me soon.’

Ranjit moved to the next line and signed it – ‘yours Ranjit’

Folding it in half he laughed lightly and tucked it away in his pocket. He could hand it over tomorrow. Or so he thought. Then he joined the others in the camp...

That night he had an odd dream. At first, he saw Simran reading his letter to Munna and smiling; after that Ranjit saw something out of an old nightmare. He saw a toothless, bad-tempered watchman, some damp rooms, smelly beds and stuff that had never felt like home. The place where he had spent all of his childhood. The orphanage.... After being orphaned at the age of six months, it was his only abode... Maybe that’s what left him searching for a home all his life. Could the search be over? Perhaps. Who knew?

Suddenly Ranjit sat up. Beside him the others too sat up. They heard some violent noises outside. After a few moments’ confusion, they knew what had happened. Someone grabbed the wireless SAT phone to inform the commanding officer who ordered them to cross the border and attack. Ranjit rushed to get his rifle. Several men around him were doing the same. Others were running out to reach the bunkers. Shelling had started from across the border; another aimless skirmish. Ranjit turned to Jaspal and screamed at him to go, hide in the bunkers. But smoke and dust was rising. Everyone was screaming. There was chaos. Ranjit didn’t know where Jaspal went. And he had been engaged two weeks ago...

Ranjit came out and ran towards the border, shooting almost at random. It was pitch-dark but a few more shells were shot towards them. What would happen? Ranjit wondered. Then someone appeared through the dark. Someone from across the border. Ranjit turned his gun. But the first shot was fired at him.

The next moment Ranjit staggered back and fell face down on the ground, losing all his senses... Moments ticked by. Finally, when he returned to consciousness, the world was floating around him. As though from the far end of a tunnel, he heard Jaspal’s voice. But by then the pain was leaving him. He smiled feebly, not even trying to get up. He thought again of his home. But this was home... the final home.