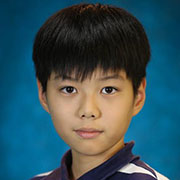 “The Castle Shake” by Jinwoo Son, Japan, is the Highly Commended story in the junior category of the first biannual Short Story Contest 2018.

I look out the window. The cars look like a toy, no actually, maybe even smaller than a toy.

“Yes, just put that piece over there,” I said by pointing to the very top of the castle that we are building.

I’m just a little ordinary five-year-old kid, living on the 45th floor of an apartment building. My mom and my little sister are the only people with me, while dad’s gone to work.

“Mom, we built a castle with the blocks!” My sister, who is two years younger than me, yelled as she put the last piece on the top.

Then mom asked as if she likes the castle that we built or something. “Do you want to take a picture of it?”

But as soon as mom says that sentence and leaves to get the camera, I hear a weird rumbling noise. I also hear an unusual creaking sound. Then my mom returns from her room.

“Did you hear that?” I asked my mom, but for some reason, my mom said no. Is there something wrong with me? I didn’t think so. We just get in position to take a picture. But just a second before mom presses that little button, just before the very last step of taking a picture, the castle starts shaking. Okay, so a shaking castle and a camera that’s trying to take a picture of it, wouldn’t seem like the camera will take a perfect picture of it. Oh wait, the rumbling noise is back! And plus one more thing: the house is shaking!

“This noise is what I meant!” I said to mom in panic.

“Maybe we have to give up taking a picture of it,” my mom said, pretty calm unlike me.

“Crash!” The castle has gone now. All of the work that felt like we had been working on for years, decades, and centuries was gone. But that wasn’t the most important thing right now, the whole house is shaking! Is a giant shaking this building? Or is the whole planet shaking? Is this even an actual situation, or is this a dream? I didn’t know what is exactly happening now because I’ve never had a giant shaking a building or the whole planet shaking.

“It’s an earthquake!” Mom shouted loudly. “Hide under the table and cover your head. But make sure that you hold on tight so that you won’t slide around here and there.”

We did exactly what she told us. Me and my sister sprinted to the table. I held a leg of the table. My mom turned on the TV to see what’s happening now. I could see an alert with a map, and a red X mark as if there is a treasure there. There were also some huge white letters on a red background, telling us something. Even though I couldn’t actually read the letters, I knew that it is telling us to escape or something. The alert sound is now shooting my ears with a gun. I got so terrified. So much that me and my sister started crying like a hungry baby. But the earthquake didn’t seem to stop. It shakes back and forth more powerfully now. It goes on for hundreds of hours. I couldn’t even breathe now. It is going to kill me.

Even though my mom tries to calm us down, it is the same as trying to catch water with hands.

“It’s going to be okay. Just be patient. The earthquake will stop soon.”

I think mom thinks that these words will help us calm down, but it doesn’t even catch my attention. I couldn’t hear the rest of the words that she said because the alert and the shaking house is soaking up all of my attention. The house is even worse than an airplane flying through a storm.

“What if this building collapses or something?” I asked mom, still frightened and panicked by the earthquake and the alert.

“It won’t. This building is strong enough.”

“But still, I’m getting so panicked because of this, ”I said as loud as I can, but my voice is being covered by the sound of the alert and the shaking building. All the furniture is shaking- the books look like they are going to fall down from the bookshelf very soon.

My mom sighs. She doesn’t say anything like she gave up or something. I could feel my heartbeat getting faster. Then a few seconds later, I find out that something else is happening. Even though the house is shaking so hard, it actually catches all of my attention now. My mom is also surprised because of it. I might have felt much better if it was a good thing.

But actually, it’s so awful, and a little interesting. It’s the drawer which is soaking up my attention now. It opens and closes by itself like a hungry big dinosaur or a shark opening and closing its jaw, trying to eat me. All of the sounds that are being made - the sound of the alert, the creaking sound, and the sound of the drawer - hurts my ears. It makes me more terrified, more and more. I want to get out of here very badly. The only thing that I could do right now is just to keep hoping that the earthquake will stop soon and that we’ll be all out of danger…

Well but still, if an earthquake starts, it has to stop at some point. Even though it seems like it’ll never do, that’s what it is. After all those hopes, wishes, and prayers, the earthquake FINALLY stops. It felt like when a roller-coaster goes up and down forever like it will never stop, and you’re back at the platform but you don’t know how you’re there. As soon as the earthquake stops, we all race towards the exit. Even though I don’t know who got in the first, second and third place, I still knew one thing: If we competed against a rocket, we would have definitely beat it.

Then we reach the staircase, which already has lots of people going down the stairs. LOTS. We follow them down to the exit - to the outside of this dangerous place that’s being shaken by a giant.

It keeps on shaking a little and stopping shaking when we go down the stairs. But I am getting used to it. As we go down and down, I get more tired and even more tired, as well as my sister, that she gets on my mom’s back. I keep on going down the stairs. Now I am even faster than my mom, but the stairs are a never-ending maze. How many floors are left? I think there’s still a bunch of them left. Maybe 30, or 35, or even 40. Now it’s been about 10 minutes since we started going down the stairs. But, I just have to keep on going down, until I reach the end. It’s like a marathon from the 45th floor to the first floor.

Then what I see is some light coming through a door. I doubt myself. Maybe I am seeing something wrong. Maybe THIS is a dream, not the earthquake. But it isn’t! It is the actual exit! The end of this very long shaky maze! I am so happy that I couldn’t stop myself from shouting these three words: “IT’S THE EXIT!”

I run out the exit using ALL of the little energy left. The spring sun shone on my skin saying to me, “You succeeded!”

My mom and my sister come out a few seconds later. We now go to a little park across the road. Mom buys lunch for us and herself and we eat lunch there.

“Is it delicious?” Mom asked.

“Of course it is! I was so hungry. I used all the energy to come down the stairs.” I answered. I think my sister was very hungry as well.

“Oh, finally, we’re here alive!” My mom said as she sighs, but she looked so delightful.