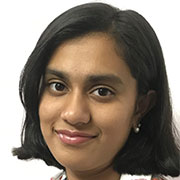 “Shattered” by Ranya Zara Bimbrahw, India, is the Highly Commended story in the senior category of the first biannual Short Story Contest 2018.

Once upon a time there was a -----. That’s too boring of a start. Let me start again: Ever heard of the story of a man named Alexander? No? Well, I’m here to tell you that story. Here we go:

Alexander wasn’t just any ordinary Russian man living in the late 19th century. He had quite an interesting life.

When he was a child, he had a normal childhood. He went to school and played with his friends and did everything that any normal Russian boy would do. When he was around 25, he married the love of his life; a woman named Viola. They decided to run a farm of their own. They loved their life. They lived on a gigantic farm in Central Russia, undisturbed, in a very peaceful environment. Shortly after their marriage, they had a boy and they named him‘Sasha’.

Sasha was a good kid who helped a lot around the farm. He had a normal childhood and was the apple of his parents’ eye. At the age of 14 though, Sasha told his parents that he identified himself as transgender. At this time in Russia, the government treated transgender people like they didn’t matter. They became test subjects for laboratories and were treated like animals.

Alexander was afraid that if anybody found out that he had a transgender child, they wouldn’t want to buy eggs or milk from him anymore, and he would not be able to support his family.

Alexander wanted to act fast. He didn’t want the word to spread out. He didn’t have too much money, so he enrolled his child in a shelter in Poland. He told Sasha that there would be other children to keep him company, and he had to leave immediately to catch the last train in time.

Sasha didn’t want to leave. He was only 14 years old and he was being kicked out of the house. Sasha wanted to cry! With a heavy heart, he followed his father’s instructions. He had been given a trail to follow that would lead to a train station. Each step became harder and more emotionally painful. Sasha didn’t even get time to say goodbye to his mother!

Viola was at her brother’s farm 100 miles away when Sasha got kicked out. When she got back after a couple of days, she realized she couldn’t find Sasha anywhere.

She asked Alexander, “Hey, where is Sasha?”

“Are you going to tell me or not?”

“You know the transgender issue right?”

“I got Sasha enrolled in a shelter in Krakow, in Poland. Sasha will be safe there and won’t have to deal with these ridiculous government policies.”

Viola’s face became red. She wanted to punch her husband.

“I can’t believe you! You got rid of our child just to run your farm? We don’t make any money anyway! What are you afraid of?”

“Give me the address that you sent our child to. I’m going to get our child back.”

Alexander started getting mad as Viola hunted for and found the address.

“I’m done with you. If you can’t love our child, I don’t think you can love me.”, said Viola

“You can’t leave me. I made your life. The only reason you get to eat is because I have this farm. You’ll die without me.”

Viola ran off in pursuit of her child. Alexander just stared blankly at the walls for hours, trying to reprocess everything that had happened. He just lost his entire family before his eyes. He dedicated his entire life to them and now they were gone. He wanted to just punch on the wall, let his hand bleed so much that he would faint and nobody would ever find him. His heart was shattered into a million pieces.

From that day on, he knew he had to start afresh in his life. He sold his farm, changed his name to Vladimir, and moved to Ukraine.

He thought he’d live happily, but everyday he regretted his past actions. He regretted letting his son leave, then watching his wife chase after him without doing anything to stop her. Did his child even make it to the shelter? Did Viola find Sasha walking and join him? Ten years after living as Vladimir, he realized he needed to know what happened to his family. He retrieved the shelter’s address and started off on the journey to end his desperation once and for all.

Finally he reached in the shelter, opened the door and found a bunch of teenagers sitting in a circle, playing cards, and chit- chatting. As his eyes scanned the room, he felt a growing feeling of emptiness on realizing his son wasn’t there.

He asked the teenagers, “Are any of you Sasha?”

“No. Sasha was supposed to join this shelter years ago but never came. Nobody knows why.”

“Are you serious? Please tell me the truth, this is very serious.”

“Trust us, we’re being serious. Ask the office manager. She can help you.”, said the teenager pointing to a cabin in the back.

Alexander knocked on the door and as the door opened, it revealed a familiar face that softened into a combination of love and sorrow.

“I thought I’d never see you again after what you did.” She said, with a hint of controlled anger.

“The day I left the house, I went to search for Sasha. I took the next train to Krakow, reached the shelter, found out he hadn’t reached yet.”

She started tearing up.

“I retraced my steps and still couldn’t find him. I talked to the train conductors at the Krakow train station and they…..they told me a boy of Sasha’s description was run over by a train.”

Alexander’s world suddenly turned black. He had a flashback of all the wonderful memories he had with his son, and they all slowly dwindled away as he remembered the day he last saw his son, the day his son died because of his actions. He felt so much regret and anger at himself. He wished he could go back in time and redo that day. He made his son die. He was a murderer. He knew he had to do something. He couldn’t leave everything at that and continue with his life.

About seven years after fighting for the rights of transgender lives, his hard work finally paid off. The Russian government made new laws on transgender lives and how they deserve to be treated just like normal people.

And that is Alexander’s story.