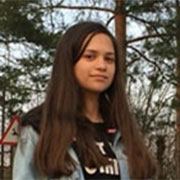 “More Than A Trip” by Bosnea Britney-Rafaela-Cristiana, Romania, is the Highly Commended story in the junior category of the first biannual Short Story Contest 2018.

More Than A Trip

This story is about a girl named Calypso Green. She is twelve years old. She lives with her adoptive parents and her three brothers: Benjamin (Ben), Andrew and Mathew in California. All her family members have green eyes and blonde hair, except for her: She has brown hair, blue eyes and freckles. She’s not that tall, maybe 60.2 inches. She’s the biggest child in her family. It’s not a pleasure because she’s always the responsible one. And, yes, that girl is me.

Since I was little, I used to experience a lot of strange things. I can’t even explain how hard it was for my family to move from a city to another, just because I didn’t feel well there. As an adopted child, my parents really wanted me to feel extremely well, so that’s why we can’t live in one city for more than a year. Sometimes my parents think this is just happening in my head. But it’s not. I can hear and see things that nobody can. And I can also predict what’s going to happen because I can dream about it. I've tried to explain this to my family but they think I’m always joking.

Last night I had a weird dream about my new best friend, Mia. She’s really tall, has blue eyes and red hair. We were at school trying to mix two substances during the chemistry class. My dream didn’t have a happy ending, because she tried to mix something that our teacher told us not to, and she ended up in the Hospital after a very big explosion. Lucky us! We don’t have chemistry today!

At school, I told her about my dream but she thought I was crazy. She started laughing out loudly at no end. I felt extremely uncomfortable.

When I arrived home, I found mum in the kitchen.

“Of course! You can tell me anything!”

“Ok. So, you know that I’ve got really strange dreams. I think I can predict the future. For example, last night I dreamt about Mia.”

I told her about my dream and she looked worried. After two minutes she looked at me again and told me:

“I think it is just a dream, honey! Mia will be okay! I told you not to believe in your dreams. Not all of them are real.”

“But mum! I feel like something horrible is going to happen. Not only to her, to you too.”

She left the room. I went to my bedroom. I was really tired. Maybe she was right. Maybe it’s all happening inside my head. Mia will be ok.

The next day I went to school. It was the last day before the Christmas holiday. My first lesson was Chemistry. I went to the laboratory. I found Mia arranging our table. The professor entered the classroom. He told us what to do and then he left saying that he’s busy. Guess what? It all happened like in my dream! Mia ended up in the hospital.

I arrived home earlier, but then I realised that what happened to Mia wasn’t the worst thing that happened. Mum wasn’t home. I called her, but her phone was in my parents’ bedroom. I called daddy. I told him mum was missing. He came home. Me, my brother and dad waited for five hours then called the police. They said that they couldn’t find her. I went to sleep. In my dream I saw mom. She was in a very big and dark cave. I could hear her screaming: “Please let me go! Why did you bring me here?” Suddenly, I heard another voice. This creature had a really loud and harsh voice. It said: “But you know that I don’t need you. I need the girl!” Then my mom asked why. The creature replied: “Because of her power! Her soul has the ability to travel to other dimensions. She can see what’s going to happen in the future just by dreaming. Her powers are amazing!”

After hearing this, I went to my dad’s room. I told him about my dream. After that he told me that this is the reason my biological parents hadn’t wanted me: they had been afraid of my powers. He told me to go to that cave, but I didn’t know how. He said that I should relax, close my eyes and think of that place. Instantly, I arrived there. I could see my mum bound in chains. The creature from my dream wasn’t like expected it to be. It was more terrifying: It had two heads, two bodies, two legs and two arms. He was covered in blue fur. The monster opened its mouth. His teeth were extremely big and sharp.

“Hello, my dear! I’ve been waiting for you!”

“Let my mother leave this horrible place! Take me instead!”

“You’re so brave! Just like your biological mum! You know, she was just like you.but she was afraid of her powers and when she found out that you inherited her powers, she left you! Wouldn’t you like to join me and destroy the world?”

“No! And I will destroy you right now!”

“How can a twelve years old girl defeat a monster?”

After I said that, I felt myself brimming with positivity and power. I felt like, I could do anything to save my mum and to save the world. With power of my mind, I could make the monster do anything that I wanted, until I destroyed him. I made him fall into an abyss. I felt very tired after that. But I had still enough power left to help my mum free herself. After that I asked her how she arrived here and she said that place exists and I am the only one who went there without my body, just with my soul. After that we went home. When we arrived, I had to go to my body and get inside it. It was strange feeling but cool.! After that, I went downstairs. All my family was celebrating because me and mom were back.

There was only one problem. After three days, I heard that voice again in my head while I was washing the dishes: “Don’t you dare to think that you defeated me because this was just the beginning. Let’s see if you are ready for what’s going to happen next!”