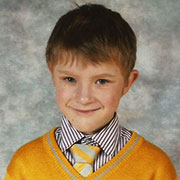 “Cheeky The Monkey” by Jethro Azzopardi Duca, Malta, is the Highly Commended story in the sub-junior category of the first biannual Short Story Contest 2018.

Cheeky was not your everyday monkey. Sure she was brown and cute and curious and loved playing … but she had one teeny weeny problem … she was afraid of heights!!! This could be quite a terrible thing for a monkey who lived in trees!

All this didn’t help her social life. Of course all other monkeys, who had no problem whatsoever to climb trees and swing from branch to branch, liked to hang out with each other and challenge each other who would climb the highest tree. At first they tried to include Cheeky but then they realised it was a lost cause, and instead ended up making fun of her and bullying her and calling her a coward and a freak!

This hurt Cheeky a lot! It wasn’t her fault she was scared of heights. Cheeky had no real friends. Instead Cheeky spent her time playing all alone near the river. Sometimes the turtles would join her or some birds but soon they would leave and she would be all alone once more.

It was on such an occasion that something happened that changed Cheeky’s life forever. She was all alone as usual. She was crying because Tamo, one of the other monkeys, had been making fun of her again. As she stood on her usual spot crying she heard an unusually loud noise of talking and things being crushed. The noise was quickly approaching. Cheeky’s common sense told her to run away and hide, but the curious little monkey couldn’t help herself … she wanted to find out what was that creature who was making that noise.

Her curiosity turned into fear when she realised that it was four human beings with guns, rifles and knives hunting their way through the jungle. She had been warned about these vicious creatures that hunt and kill and destroy nature for nothing but their own greed. She knew she had to keep still in her hiding place to let them pass … and she will be safe ….

…. Or so she thought. Until she realised that these humans were going right where the other monkeys were. If the humans found the monkeys, they would probably kill them. Cheeky couldn’t let that happen.

She sprinted as fast as her little legs could carry her. She reached the other monkeys who were playing “Who can swing farthest?” in their usual spot. She shouted to warn them of the coming humans but they only laughed at her telling her that she was making up the story because she didn’t want them to have fun.

Suddenly a loud explosion pierced through the jungle. One of the humans had fired his gun at the monkeys. The monkeys, terrified, scattered through the forest, toward somewhere safe. They reached a clearing and Cheeky looked around – there was Tamo and Coco and Flip and Flop and …. Lilly was not there! Lilly was missing!!

They had to find her. Cheeky ran back tracing their steps to where they had been. Sure enough Lilly was still on top of the tree as she had been before. The human were still around. They had found a spot to eat some lunch. Lilly was too petrified to even more. Without thinking twice Cheeky crept slowly towards the tree where Lilly was stuck. She moved slowly and quietly so as not to attract the human’s attention. In a matter of seconds, she was next to Lilly. She helped Lilly to move slowly down the tree and both crept away to safety. It was only when they were near the other monkeys that Cheeky and Lilly stopped running.

Lilly was hugging Cheeky thanking her for helping and saving her life … when suddenly she realised something!! Cheeky had climbed a tree to save Lilly!! Not even Cheeky had realised that. She was only thinking of getting Lilly to safety.

Cheeky stood still – had she overcome her fear of heights? Gingerly she tried to climb a tree nearby… slowly … slowly … making her way up. Soon she had reached the first branch and looked down. The other monkeys reached her and pushed her to climb further up. She followed. Soon they reached the top of the tree. Beneath her Cheeky could see a sea of green. It was mesmerizing. Oh, what had she been missing!!

But not anymore! Cheeky soon was playing on trees with her friends. They never teased her again. She was a hero. And she was never alone again!!