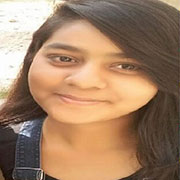 “... And Award Goes To...” by Aishvarya Dinesh Choumal, India, is the Highly Commended story in the senior category of the first biannual Short Story Contest 2018.

The annual competition for selecting “Green Forest Best Bird for the Year” had been announced. This time the judge was King Lion Sherkhan. All the birds were seriously preparing for the competition. One impressive group performance was required to participate in competition.

The eagles started their practice using innovative methods to achieve the award for their hunting skills. The peacocks were fully confident that they would create a record by winning the award this year for the second consecutive time with their extra ordinary dancing skills. Pigeons which were famous for their aerial dance started their rehearsal. The parrots and cuckoos were always renowned for their singing. The swans were always proud of their white feathers and beautiful eyes. Also, the ducks cannot be ignored; they were famous for their water dance. The cranes were very well known for their fish hunting skills. Thus every group believed that its skills would be duly recognized.

But among all these birds only the crows had never participated in the competition and had always been treated as low class amongst the different bird communities. The water birds such as swans, cranes and ducks used to treat them as untouchables. Their harsh voice had been considered inauspicious by the singing groups such as parrots and cuckoos. Due to eating left-over food of most of animal and birds avoided them.

The swans said, “You ugly bird, you are untouchables! How can you dare to compete with the most beautiful birds like us? We are white whereas you all are black, the dirtiest colour. What is in you to show off?”

The parrots said, “Do you know about your harsh voice, Kanw-kanw-kanw. When we sing, the forest environment is filled with sweetness. What is in you?.... Haha..haha… Kanw-kanw-kanw…. Hahahhaaa..!!”

In one way or the other, all the birds and animals insulted them. That night the crows discussed the matter in their meeting. Their old leader said, “Absolutely they are right. What is in us? We don’t have any special skill. We shouldn’t participate.”

However, a young intelligent crow said, “I think we should get us registered first. The skill to compete with others can be thought about later.”

The young crow group flew down from the sky and started cleansing the stadium. Within the blink of an eye the crows cleaned the stadium completely giving it a neat and clean look. Then they said: “Our performance is over, Thanks.” Everybody laughed, but the judge kept his silence.

It was time for the announcement of results, of the “Green Forest Best Bird for the Year Award”. All the participant groups were eager to hear their names. The Judge took the mike and said, “Every individual or group possesses skills. We shouldn’t underestimate others on the grounds of their colour or looks. We are all God’s children and discriminating our brothers or sisters is an insult to God.” He then took a break for a second and looked around. Then he said, “This time the winner is the crow group for its best performance in cleansing and keeping the jungle neat and clean.”

On hearing this, all the other groups were shocked, while the crow group danced in joy. The judge said: “Dear friends, you may be shocked by my decision. Perhaps you all forget that the crow group is the only group providing its service to the jungle. They keep not only the jungle clean but also the towns and the cities. It is indeed a great service. I am sad that since long their work has not been recognized. Showing off one’s natural beauty, hunting skills, dance skills, singing skills etc is not a great achievement. But making and keeping our surrounding neat and clean is a service. So, ‘Green Forest Best Bird Award’ goes to the Crow Group.”

Moral: We are all God’s children, and so we must love and respect our fellow beings.