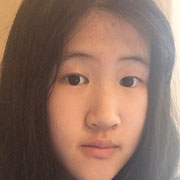 “Absolutely No Judging” by Cherry Tang, Canada, is the Second Prize winning story in the junior category of the first biannual Short Story Contest 2018.

Once upon a time, somewhere up in the north, there stood a small kingdom that was covered with trees and mountains. That place was kind of secret, because you won't know what it's like unless you take a journey to there.

Which was what I did. My name is Carlos. A normal person, living in a normal town and enjoining a normal life. Until that day, when my father told me to "Follow my heart" and dragged me out of the house. "Hey young man," he said to me with a proud, grinning expression, "Guess what? It's finally time for you to grow up and have your own adventures!" Then, he pushed me away with a few bills and an old soggy backpack to start my journey with. Anyways, I have done what he said and ended up there, in this kingdom.

I had to say this but, I was really hungry when I first got there. So, the first thing I did when I was in this kingdom that I've never been to before, was NOT to look around and try to find a place to stay. It was to get myself some food. Therefore, I went to a nearby fast food place. The environment was pretty good there, but the thing is, the food tasted weird.

"Umm..." I looked up at one of the waitress and asked, "what exactly is this supposed to be?"

Yeah, of course I know it's HAMBURGER.

But what kind of hamburger is this? I thought to myself. Perhaps they have put in too much mustard...or maybe they didn't fry the meat long enough.

"I think this hamburger tastes a little bit weird." I tried to give them some advice, "Maybe you can fry the meat a little longer and not add too much mustard to it."

But, unluckily, the waitress didn't seem pleased. In fact, everyone there in the fast food place looked unhappy. Huh? I thought to myself, what have I done? I was just simply giving out some tiny advices, right?

"You must be a traveler," said a girl wearing a blue dress with dots on it, "I don't know what it's like in your place, but in here it is considered extremely rude to judge others." She was making eye contacts with me, the whole time she was speaking. Which made me feel uncomfortable. I looked around and saw everyone else was nodding their heads.

"I was just trying to help..." I said, slowly, avoided to make eye contacts with anyone in this room. Was I really being THAT rude? I thought, feeling kind of ashamed of myself all of a sudden.

"But you shouldn't judge others," said a lady wearing a pair of sunglasses, "In this kingdom, we mind our own business, which is a rule that had been made a long time ago".

I felt my face burning, that was not what I have expected... I ran out the place as fast as I could, without even finishing my food...

Today is the day, the day I would go home and have my normal life back again. I had stayed in this cheap hotel for days now. I did not really go anywhere during this time, because first, I don't like traveling that much, and second, I don't want to take the risk and break any rule in this kingdom again. So, now I would end this journey, finally!

Thinking back towards a few days ago, when I first came here, it was actually embarrassing, with the "fast food incident". But now, I'm all free to go. "I'll never come back again" I said to myself.

I packed up my backpack and everything I'll need on my journey back. On my way out of the kingdom, I saw the fast food place again. It was crowded there with a whole bunch of people. What are they doing there? I thought to myself, "Well, it's none of my business." Just as I was about to leave, someone walked over to me.

She was that waitress I saw the other day.

"We're sorry for what happened last time," she said, "We shouldn't have called you rude, the advice was great and we used it." She glanced at the crowd and looked back at me, "The reason why there are so many people is because of the burger," she said, smiling, "We're glad that you told us our mistake! Now the hamburger tastes amazing!"

"Oh...really?" I was so surprised that I had nothing to say. A few days ago they called me rude and now they're saying that I have HELPED them? Unbelievable. "Are you, about to leave?" The waitress lady asked as she started at my packed backpack. "Um, yes" I replied. "You probably haven't visited our kingdom that much," she said and grinned, "Why don't you stay a little longer? We can show you around this place!"

"Sure." I said, smiling too. I was happy that the "incident" was solved.

Once upon another time, there was this kingdom somewhere up the north. In there, nobody follows that rule anymore. People can give advices or "JUDGEMENTS" whenever they can, because that is the way to let others improve and LIVE IN A BETTER PLACE!

MAYBE THIS IS THE ENDING?