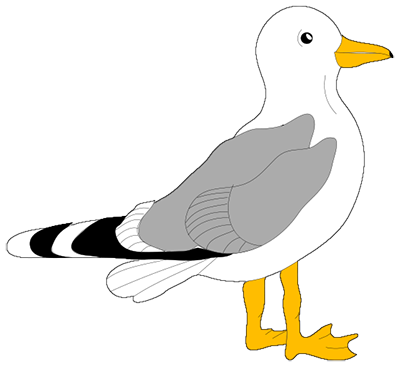 “Who Stole The Light” is one of the outstanding stories of the second biannual International Short Story Contest 2017 written by Lakkshanasre Viyasar, USA.

Who Stole The Light

There once lived birds in a special place that had many natural resources and especially the bright light from the bright big sun. But some birds call it the ball of light because it’s hard to say bright big sun.

One morning suddenly the light went out. “Oh no! What has happened to our beautiful bright light”, said Crow. “Watch it out”, said Blue jay. “I was not pushing, I cannot see, it is dark!” said Dove. “But at least we have candles in our home”, said Raven. “But it is so hard to light the candle every time and we do not know whether it is morning, evening, or night”, said Crow. “But let us give it a try”, said Raven. “Okay”, said everyone.

“So that’s what all this is up to”, said Raven. So he went back home and made a plan. Raven started putting some toothpicks in the front walkway of Seagull’s house and hid under a bush. When he was walking in the path without noticing he stepped on it and said “OOOOOUUCCHH” and Raven covered his mouth so that his parents would not hear and then led him to his room. “Oh no what happened!” said Raven. “I got hurt”, said Seagull. “Okay, I will take it out very slowly”, said Raven. But then instead he pushed them harder and Seagull said OUCCHH!!!!!. “Why are you doing this to me it hurts a lot.” Then Seagull’s brother came and said do your homework with-OOHH NNOO!!. So when they heard him shouting they came to his room. ”What had happened” said Seagull father. ”I stepped on toothpicks and Raven pushed the toothpicks to my feet and now it is bleeding”, said Seagull. ”Lets just go to the hospital”,said mom. Then Raven spotted on the ball of light and took it. “He is taking the ball of light!” said Seagull.

“Do not worry but we just have to take you to the hospital”, said Seagull’s dad. When they came back from the hospital, only Seagull went to Raven’s house. “Why did you take the ball of light?”, asked Raven. ”I wanted to complete the big bunch of homework my teacher gave me so I took the ball of light so there could be no school and finish it on time”, said Seagull. ”You could ask your dad and mom for help?” said Raven. “They would not help me and I got to do it by myself and they are lazy but just care about our family. “If nobody helps you then I will”, said Raven. “Thanks”, said Seagull “and you are the best.”

“Okay so can we put the light back into the place and make everyone happy”, said Raven. “Ya, but what if mom and dad sees us helping each other?” said Seagull. “I will tell them and sorry for poking them inside”, said Raven. “It is ok, now come on”, said Seagull. So they went to the sky with the ball of light and placed it in the right place and everybody cheered and they became best friends.