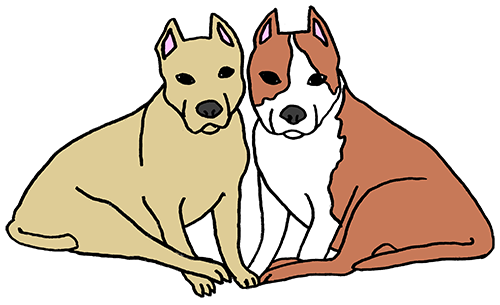 “Two Lost Dogs” is one of the outstanding stories of the second biannual International Short Story Contest 2017 written by Amari Lindsey, USA.

Once upon a time there were two dogs that live in this very nice yard. One dog was named Gary and the other dog name was Terry. Everyday they played at the same time and ate supper at the same time. One day Gary said I’m tired of this same routine every day. Terry said “I’m not, I like this life and can’t you smell the Jasmine ahhhh. Gary responded, where is your sense of adventure? Let’s live a little, and see the world. Tomorrow you go your way and I’ll go mine. The next morning after they ate, they went on their own little journey. Gary hopped on a truck and rode a few miles. He got off the truck and ran to someone’s house.

The next morning the people found him on the porch and said “whose dog is this, and they kept him. Terry went walking in the street. He walked all night until he found something to eat. He went to someone’s back yard where he found some bones. He was lost for three days. He ate one bone one day and another bone the second day and the last bone the third day. He had found a dog house to sleep in, in the backyard of someone else’s house. It wasn’t the same as his home and he was lonely. The next day he was barking until someone came to the door. They came outside and said it’s a dog. They took Terry to the park. The couple threw the ball for Terry to catch and he never came back with the ball. The couple was looking confused when they couldn’t find Terry. Terry had smelled some Jasmine and it reminded him of home. He followed the smell all the way home. When he got there Gary was already there. The dogs were happy to be together at home again.