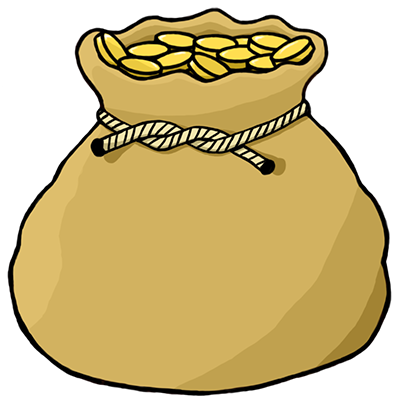 “The Unexpected Fortune” is one of the outstanding stories of the second biannual International Short Story Contest 2017 written by J.Ananya, India.

Once upon a time, in the terminal of an alley of trees, there was a little cottage in which there lived a poor family which consisted of a mother, a father and their three children: Maya, Ram and Raj. Ram was the eldest child, Maya was the second eldest child and Raj was the youngest of them all. The children earned a living for their parents by selling flowers in the streets to the villagers.

One fine day, as per their daily routine, the children set of to sell flowers. On the way, Raj saw a gang of robbers. He was interested to know what they were up to. So, he hid behind a tree and eyed at them.

The leader of the gang looked around in all directions. He didn’t know that Raj was watching every movement of his whole gang, he said, “Barley Bing Bong!” and a giant tree broke open. The robbers went into the tree! They returned with huge sacks of GOLD! The gang’s leader then said, “Maize Ming Mong!” and the giant tree stood proudly in place moving its thick branches gracefully.

Raj waited till the gang was out of sight. Out of curiosity, he went to the tree and repeated what the robbers said. He too went into the tree! He felt very anxious but made himself calm and tried to carry a sack but, it was too heavy. However, he managed to carry two sacks and he fled home.

By the time he went home, his siblings Ram and Maya were already there. Everyone was worried and angry. He told everyone what had happened. They were very convinced and delighted and they praised Raj for his great help.

Now the poor family was not poor anymore. They led a joyous life.