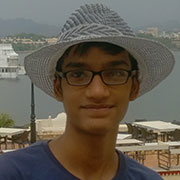 “The Pavement” by Kshitij Kumar, is the Second Prize winning story in the senior category of the second biannual Short Story Contest 2017.

I saw him for the first time on the pavement at the right end of the Aurobindo Marg. I was returning home from school and he was polishing shoes. It was drizzling and since I had no umbrella over my head, I began to run swiftly. In my hurry, I failed to notice an elevated portion, and lo! The next moment, I found myself lying on the pavement. My schoolbag lay a foot away, smothered in muddy water. Before I could make out what had actually happened, I saw a hand stretched out to me. It was thin young hand, covered with traces of black tar. My hand touched his and I got up.

“Thanks,” I said, while wiping the mud off my shirt.

“You should walk carefully. Are you badly hurt?” he enquired.

“I am Rajan. If you want, I can polish your shoes. Just Rs.10 per pair,” he said, pointing to a rusted shoe-polish stand outside a dingy tent-like structure.

“No thanks.” I spoke curtly.

Before that day, I had no connection with the pavement. However, after that day, whenever I returned from school, Rajan and I began to exchange smiles. As days passed, my curiosity grew, and one fine day, I asked him, “Why do you polish shoes? You mustn’t be earning a good income.”

Rajan looked into my eyes and spoke, “There’s nothing else I know”

“Do you go to school?” I further enquired.

“And,” I asked him,” Why isn’t there any hair on your head? And why are your eyes swollen?”

“I like to shave my hair.” He replied half-mindedly. Perhaps, he did not seem happy about the question.

It was sad to know that in a world where children of his age were planning their future, playing video games, going on vacations… Here was Rajan, performing last rites of his childhood. When I told my parents about Rajan, they were not very happy to know that their son had started to mingle with poor roadside cobblers. But I was their only son and I very well knew how to emotionally blackmail them. Having received their approval, I began to frequently visit Rajan. Slowly, I began to see a good friend in him. One day Rajan asked me, “What do you do in school?”

After a week or so, I found him munching on crispy deep-fried tikkis.

“You must not eat roadside food.” I told him later, “They are unhygienic”

“I love them.” He protested.

“I detest sweets. They are too sweet.” We both began to laugh.

Slowly our friendship blossomed and its foundation strengthened. Days passed into weeks, weeks into months, and the school results were declared. I had achieved rank 2 and was invited to pursue a week-long course on scientific innovations in Mumbai. My parents were on cloud nine to learn that their son was a child prodigy and my father promised me anything. I immediately spoke,” Could you sponsor Rajan’s education? He wants to go to school too. Please dad…”

At first, he was reluctant. But he was a man of commitment and understood the value of a promise. Hence, he agreed. Excitement flew in my body. Finally, Rajan would no longer have to polish shoes and accept coins from arrogant hands. Education would change his morose life into a full-bloomed garden. Since I had to leave for Mumbai the next day, I decided to convey this good news to Rajan as soon as I came back.

Rajan was aware of my departure and he came to see me off at the railway station. The train had almost started to move when he arrived. He thrusted his thin hands into the window bars of my compartment and handed me a box of sweets.

“Congratulations,” he said. I thanked him. I wanted to ask him from where he had money for the sweets. But I did not wish to hurt his feelings. Somehow, Rajan sensed it and replied, “It’s from my savings.”

By then the train had started to move. “I have good news for you,” I said

“I will tell you when I come back.”

The train caught speed and I waved Rajan goodbye. He did wave me back, but with teary eyes.

I returned after a week. The first thing I did was dumping my bag at home and rushing towards the pavement. There was so much that I wanted to share with him. Moreover, I had to convey the good news too! How happy he would be!

But all my bubbles of excitement burst, when I found that Rajan was not on the pavement. Where could he have gone? Why didn’t he tell me when he knew that I was arriving today? All sorts of questions raced in my mind. I went to a tea-seller on the pavement and asked him,” Where is that boy who polishes shoes?”

“He had cancer. Didn’t you know that?” the tea-seller asked me.

Cancer? I mumbled to myself. Suddenly, his bald head, swollen eyes, thin body frame and wrinkled face flashed in my mind. I was shocked. Rajan had hidden such a big truth from me!

The tea-seller continued, “He fell extremely sick last night. He even vomited blood. We immediately rushed him to the hospital but…”

“But what?” I asked, praying to god for his well-being. My heartbeats paced, my legs began to shake, I began to sweat, the vehicles on the Aurobindo Marg stopped, the sun hid behind the clouds and the Earth was enveloped in a dark blanket.

The tea-seller replied, “We rushed him to the hospital but he died on the way.”

I turned back. Nothing had changed. The vehicles continued to move on Aurobindo Marg in the bright sunshine.