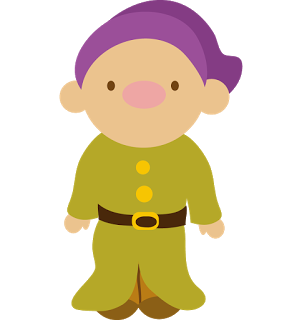 “The Magical Kingdom” is one of the outstanding stories of the second biannual International Short Story Contest 2017 written by Ashvika Menon, Canada.

David, Lily and Lucy asked their mom if they could go outside and play. “OK” said their mom, so they went outside. They were playing tag when they suddenly fell through the ground and landed on some soft moss. Then they saw a strange creature. They asked

The strange creature said “I am a dwarf and you are in a Magical Kingdom”. “My friends, the Dwarfs, Unicorns, Witches and Elves have been expecting you.”

“I don’t know” said the dwarf.

So the children went with the dwarf into a very beautiful lighted kingdom of Dwarfs, Unicorns, Witches and Elves. They said “We need your help! A strange creature is coming into our land and trying to steal our magic.” “Please help us!”

“But how did you get us here?” asked Lily.

“Never mind that now” said an elf. “We need your help now”.

“OK” said the children and they said “We will think of a plan to help you”.

“Yay!!” shouted the Unicorns, Witches, Dwarfs and Elves. “You are very kind”. “We will get you home as soon as you are finished helping us”

So the children started to think. Finally Lucy jumped up and asked “Would it help if we found out what the creature is?”

“Of course” said all the magical creatures “that would help us”.

So the children started to go to the woods because that’s where the creature lived. They went deeper and deeper into the woods.

Then Lucy said “I think I see a light over there”.

Lily and David turned and saw Lucy pointing towards a faint distant light. They walked over to it and saw that it was a house. The magical creatures had given them a picture of the strange creature that was troubling them. They peeped in through the window and saw the same creature that was in the picture. They ducked quickly.

“We can go in and pretend that we want to be friends” whispered Lucy back.

So they knocked on the door. The strange creature opened the door.

“Hi” said David, “we saw a light in your house and thought we would say hi”. “My name is David and this is Lily and that is Lucy”. “May we come in?”

“Yes” said the creature. “I am a powerful gnome, but please call me Max”. “Come in and have some tea”.

So the children went in and had tea with the gnome. When it was time for them to leave the gnome said “Please come back tomorrow”

They rushed back to the magical kingdom. The magical creatures were waiting for them.

“Did you find out what it is?” they shouted.

“What is it?” “Who is it?” asked the creatures eagerly.

“His name is Max” said Lucy. “He is a powerful gnome” added Lily.

So the next day, the children led the magical creatures to the house in the woods.

“There’s the light from the house” said Lily.

“OK” said David, “here’s the plan. Lily, Lucy and I will go inside and when we shout GO, you shoot magic in through the window. OK?”

“OK” said the creatures. “Go inside!”

So the children went inside, and when the gnome was close enough to the window, Lucy shouted “GO”

Suddenly a rainbow of colours came pouring onto the gnome. When it was all gone, the gnome wasn’t there. The children went back outside and all the creatures shouted “THANK YOU”

They all headed back to the magical kingdom. When they got there they made a party and they all had fun. The creatures then gave the children a ball and said “When you are in trouble, shake this and we will come to help.”

“Thank you” said the children.

The children did just that and they fell through a hole and landed on their trampoline.

They went inside. “Hello” said their Mom. “Want some chocolate cake?”

“Yes please!” “We are very hungry”

Mom gave them two pieces of chocolate cake and they ate it all up in ten seconds.

“Well, you must have been very hungry!” laughed their mom.

“We were” said the children.