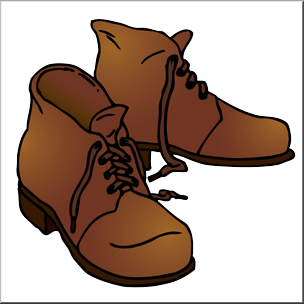 “The Magic Shoe” is one of the outstanding stories of the second biannual International Short Story Contest 2017 written by Harib Muhammed Thullan, UAE.

Once upon a time James and his mother lived downtown. James’ mother was very poor. James always went to school by walking and the school was very far. One day when he reached school he saw that some construction was going on in his school. He asked the watchman what’s going on and the watchman replied that reconstruction work has been started from a side of the school.

So after school he went and visited the construction area. He saw that they dig the land to build a school wall. Suddenly, he noticed a box in the ground. He tried to pull it, but it was stuck in the ground. James said “Oh god, please help me take out this box from the ground.” Then he looked around and he saw a shovel. He started to remove the sand beside the box.

At last he succeeded in pulling out the box from the ground but it was locked so he broke the lock with the shovel to get it open. James opened the box and he got a pair of dirty shoes. He looked at his foot and saw that his own shoes had become so old. So he took the box with him to his home. James was very happy. When he reached home he explained the entire story to his mother. James and his mother cleaned the shoes and he tried to wear it and it was a very amazing fit for him.

Next day James wore the shoes to school. While he was walking to school he heard a “Good morning’’. He looks around and didn’t see anyone there so he started to walk and again he heard “How are you James?” This time he got scared and turned back but nobody was there. The sound again came saying “James look here, I am sitting on the tree.” James saw a bird sitting on the tree. The bird said, “My name is Ami.” But James was shocked and asked, “How do you know me and my language?” Ami laughed and said, “Dear James, the shoe you are wearing, it’s a magical shoe that helps you understand our language.” James was confused and asked Ami where her home was. Ami replied, “On the tree near your home”. James told to Ami that, “Ok dear let us meet again after school because I am getting late! James couldn’t believe himself what was going on! After school he met Ami again and his other friends and he lived happily with his new friends.