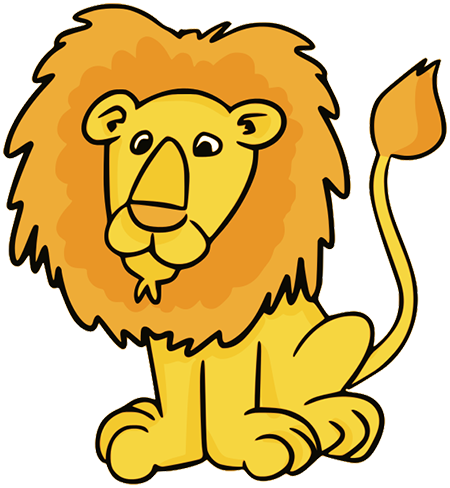 “The Lion and The Butterfly” is one of the outstanding stories of the second biannual International Short Story Contest 2017 written by Rahini Saieshree Surendran, Malaysia.

The Lion and The Butterfly

Deep in the forest, there lived a group of lions. One day, a lion called Leony decided to go for hunting alone. He saw a herd of antelopes. He creeped forward and pounced on one of them. The antelope was too fast, but Leony did not give up and started to chase it. He was unlucky. He tripped over a big rock and injured his leg. Leony struggled to walk back to his den. Now I can only request food from the other lions, he thought to himself. When he approached them, they roared angrily at him and chased him away, “Go away! There is not enough food for all of us!"

Leony was sad and hungry. He felt humiliated and hurt. He walked slowly down the forest tracks. Without realizing, he ended up very deep in the jungle. Leony decided to take rest under a tree. Suddenly he saw a deer. He tried his very best to catch it but could not as it was too fast for him. Sadly he sat down under the tree. He saw a field mouse. The moment the mouse saw the lion, it scurried into the mouse hole in the tree. The mouse was afraid of being eaten by the lion. Leony tried to put his paw into the mouse hole but failed in his attempt because his paw was too big. Day by day he walked around the forest searching for food.

He drank water from the stream to fill up his empty stomach. He could hardly walk. Suddenly he encountered a group of butterflies happily sipping nectar from the wild flowers. One of the butterflies flew towards him and landed on his nose. Leony quickly grabbed it. The butterfly pleaded, “Please let me go, Mr.Lion.” Leony sadly said, “I am sorry little butterfly. I had not eaten for days. I must eat something to live”. The butterfly was terrified. “But beware lion! My flesh tastes horrible and it can kill you”, said the butterfly in her last attempt to live. Leony ignored the advice and gobbled down the butterfly hungrily, not knowing that it is a Monarch butterfly.

Something terrible happened. Leony felt his tummy rumbling and felt something like dagger piercing pain in his stomach. “Ouch! My stomach hurts!”, he cried out with a big roar and fell to the ground. He struggled to get up. He could not move his limbs anymore. Finally, Leony closed his eyes gasping his last breath. A rabbit saw what had happened to the lion. He shared the news to the animals living in the forest. They all rushed and gathered around the motionless lion. They all tried in vain to wake him up. A wise owl from the forest advised the animals to be careful of Monarch butterflies as they were poisonous. They cannot be eaten no matter how attractive they maybe.