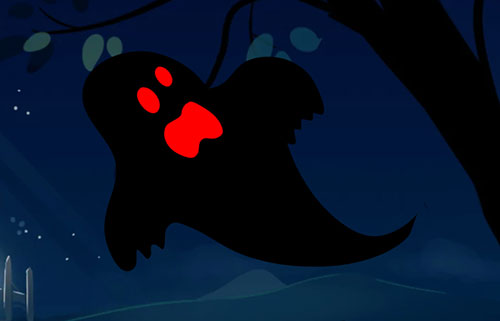 “The Haunted House” is one of the outstanding stories of the second biannual International Short Story Contest 2017 written by Shivansh Gupta, India.

Shivansh and Mihir were best friends. One day, they were going back home from school. It suddenly started raining. So, they looked around for some place for shelter. They found a house. So, they entered the haunted house. They did not know that it was a haunted house.

Then someone touched Mihir on his shoulder. Mihir asked Shivansh, “Why did you touch me?” Shivansh responded “I did not touch you”. They both looked behind and saw a small skeleton.

Shivansh asked Mihir, “Who kept the skeleton there?” Mihir said, “It might be a ghost.” They both got scared.

After ten minutes, they saw a ghost. They fought the ghost together.

Then an army of ghosts appeared in front of them. There were swords and guns in a corner cupboard. Shivansh and Mihir both took a gun and a sword. They fought the ghost army. The ghosts did not have any weapons. So, the ghosts tried to escape from Shivansh and Mihir.

The leader ghost had a gun. So, one of the ghost called their leader to help them fight.

Both fought very bravely for many hours. Finally, all the ghosts got scared and ran away from the house. It was not a haunted house anymore.

Shivansh and Mihir were very happy because they had won the fight with the ghosts.

By this time, it had stopped raining but it was already dark outside. Shivansh and Mihir were still not scared.

Both bravely crossed the forest at night and reached their home safely.

They told everything to their parents.

Moral of the story is that we should always be brave and never get scared of anything.