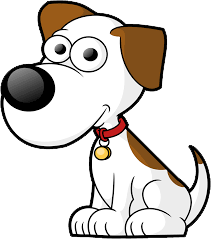 “The Foolish Dog” is one of the outstanding stories of the second biannual International Short Story Contest 2017 written by Garudadri Deepika Reddy, India.

Once a very friendly dog was sitting by the door of a house. It was watching a glazier fixing the glass to the door and windows of the house.

The glazier was caring and cutting glass as per the size. The glazier was very impressed that instead of the house owner the dog was checking the work. The glazier thought to take a break and have some snacks in between the work. So he took some biscuits from his bag, before he took a bite of biscuit, the glazier noticed the dog looking at him.

The glazier asked the dog, “Want some biscuits?” The dog wagged and shouted “Bow. Bow”. It meant to say yes. He shared some biscuits with it. Then the man continued with his work.

The glazier understood that the dog was hungry so he stopped his work. Both of them went to have their lunch. The glazier had his stomach full and decided to take a nap. The dog had its food and sat near the door again.

The glazier suddenly woke up and thought there was a thief and rushed to the spot to find out what was happening.

The dog was continuously barking at the other dog, till of the sudden it jumped at the dog. As it pounced on it the glass of the door broke into pieces before the glazier could stop the dog. The glass collapsed and broke into fine pieces. The dog ran and hid inside the house.

The glazier understood that the foolish dog had mistaken its own reflection for a stranger dog and broke the glass.