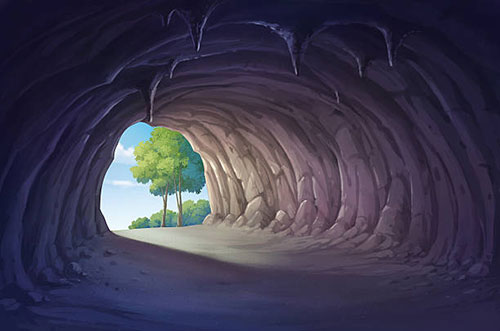 “The Adventure of Four Friends” is one of the outstanding stories of the second biannual International Short Story Contest 2017 written by D.Sai Bhavya, India.

The Adventure of Four Friends

Once upon a time there were four friends; their names were Arun, Rajesh, Kiran and Suraj. They never left each other. One day Arun said, “It is boring in summer holidays, there is nothing to do.” Rajesh said, “Shall we go to the beach?” Kiran said, “It will be so boring I don’t like the beach.” Suraj said, “Friends shall we go to the forest which will be so adventurous.” “I love adventure”, said Arun. “I too like it”, said Rajesh. “Let us go to the forest tomorrow morning. Go pack and have a good sleep. Tomorrow is going to be a big day”, said Kiran. All went to their home and slept.

Next day early morning all took some food and water and all other necessary items, which they required for their journey. They went to the forest and saw the beauty of nature. While they were walking, Suraj saw a hole near a stone and told his friends. On seeing that, they took their torches and jumped into the hole one by one. After entering into the hole, they found six ways. They were confused to choose a path and at last they decided to go in middle tunnel. They were going and going on, it was so dark. So after a certain time they stopped in a place and hanged the torches to hooked like structured stone and ate some food which they carried with them and drank water.

While they were going deeper into the forest it was becoming so hot. They again saw a cave and inside it there was a river. They prepared a strong boat that will bear the force of tides and waves of the river and pushed the boat and sat on it they went sliding down they were now in big cave in the hole. They climbed up and up and after going up they were able to see the sky and now they jumped down. After walking and walking a long distance they saw a little boy coming towards them they asked the boy what the name of the village was. The boy said something they could not understand but Suraj knew the language and he told his friends that they were in the western region of their country.