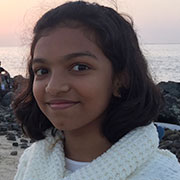 “Still Together and Forever” by Nichole Ann Philip, is the Second Prize winning story in the junior category of the second biannual Short Story Contest 2017.

Still Together and Forever

It was Tuesday and school began as usual. Ms. Ann entered the class. She is a middle-aged teacher who taught girls of grade five to eight at St.Mary's Private School for girls. She has a very unique and different way of teaching.

She taught, even the most difficult concepts, using live examples and stories.

"Good morning ma'am", the students wished her in a chorus.

"Good morning girls", she wished them back.

Ms. Ann was going to start her lesson but one of her students, Rose, asked her a question, "Ma'am, does true friendship exist?"

Ms.Ann was shocked to hear this question. There was a look of disappointment on her face. This meant she had to tell them a story. A story that was kept deep inside her heart. A real mystery which is not yet solved.

Rose got scared. She asked others, "Did I ask something wrong?"

There was a short pause. She looked at the birds outside the window. She smiled and then frowned. Then she began, "True friendship does exist. I have seen it. Seven years back, when I was a teacher at Lowell High School for girls, there was a girl named Lily. She was an outstanding student. She scored really good marks and she was in the School Basketball Team too. But, even after all that, she was also a very kind hearted girl. One day, a new girl joined the school. Her name was Ginny. She never talked or smiled. Her face looked pale all the time. She did not score well in her class tests either. I thought this was because she couldn't adapt to the new surroundings. Then, I decided to talk to her parents. They told me they were busy, and when they came back from work, she would be already asleep. I asked them if they could spend a few minutes with her. They told me they would try. But, I couldn't see any difference in her. I understood that it was not working. I couldn't blame her parents either. I knew I had to take another quick action then. After a whole day thinking, I thought, it would be brilliant if Lily could help her out. The next day, I talked to Lily about this and she seemed completely happy to help. She promised that she would make Ginny a better person. That moment was priceless", Ms. Ann's eyes were filled with tears.

One of the students asked "Ma'am, are you crying?"

Quickly, she wiped the tears and told her, "No, not at all!" She smiled as if she was forced to look happy.

Then she continued, "So, where did I stop? Ah! Yes, the idea. That moment was truly priceless. From the next day onwards, they started interacting. I felt really proud about the decision I took. One day, I overheard a conversation between them in the break time.

"Now, tell me Ginny, why are you always silent and I did hear that you do naughty things at home?"

Ginny broke into tears, and said "My parents do not even talk to me. So when I do mischievous things and cause problems at home, my mom or my dad, at least touch me or talk to me, when they beat me or scold me. I do not have anyone."

"Oh dear! I never meant to make you cry, I am really sorry. My parents always told me that when you hurt a person something even greater but worse will come back to you. And who told you that you are alone? You have me! Don't you?" said Lily, and they both hugged each other.

This broke me into tears.

As the end of the academic year 2010-11 was approaching, an educational trip was planned in May, before the summer break. All the students were excited to know where they were going to go. They were active and energetic, like all of you. But, there were strong winds blowing. So, we cancelled the trip to the forest. After a few minutes, the wind started blowing even harder and one of the teachers even spotted a funnel shaped tornado.

None of us could believe it. All of us were shocked. We started evacuating the students. The school already had underground shelter because Texas is a state prone to tornadoes. But, I couldn't find Lily and Ginny. Now, I could see the tornado sucking up things with my naked eye. It was about 150 metres away now. I was really scared but then, I found Lily and Ginny were in the clinic alone. I asked them, "What are you doing here? Didn't you hear the announcement?" "But ma'am Lily has fractured her leg, she can't walk. And now, she's unconscious." cried Ginny. "Okay, we've got no other choice other than carrying her till the basement. So now there is no time to waste. Quick!"

We tried carrying her, but we couldn't. I asked Ginny to come with me to get help. But, she said, "I can't leave my Lily to die!” The tornado was getting closer. I rushed to the basement to get help. I reached the basement safely but when I was about to get back there, the security and the teachers told me, "Ma'am, we can't let you go now because the tornado has already taken its place in the school. We're sorry ma'am." "But I can't let my children die up there!" I screamed.

But it was too late. The tornado had already destroyed the school into a huge pile of rubble. After everything was over, I searched for them everywhere. But they weren't to be found. Even the cops weren't able to find them.

They were like the two eyes of mine. I was and I'm still heartbroken because they left me. But wherever they are

I'm sure they will be together."

Without speaking another word, Ms. Ann left the room.