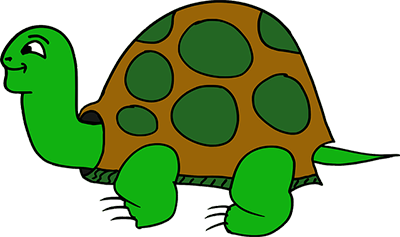 “Sara and the Magical Tortoise” is one of the outstanding stories of the second biannual International Short Story Contest 2017 written by Jairaj Singh Sahni, India.

Sara and the Magical Tortoise

Once there was a girl named Sara. Her home was on top of the mountain. Sara was ten years old and her parents had died; she used to feel very scared staying alone in the house. So one day she decided she'll go and stay at her grandmother‘s house. She packed her luggage but then she wondered, “How will I carry so much luggage” as there was nobody to help her. She sat next to the river crying all day thinking someone will come someday to help her. Sara was sad and helpless.

One day when she was sitting on the big stone next to the river and weeping suddenly she noticed a big tortoise was trapped in the hunters net and struggling to come out from the net. She was amazed to see such a big tortoise as big as a baby elephant. She went ahead and cut the hunters net with a sharp object and the tortoise became free. The moment the tortoise became free he said “Thank you for helping me.” Sara became scared and started running away from the tortoise. Then the tortoise said “Please don't be scared of me. I am a magical tortoise.” The tortoise also told that he will fulfill her 3 wishes as she saved his life. Sara thought for a while and told, “I just want to go to my grandmother's house”. The tortoise was very surprised listening to her wish and asked her, “Why are you asking such a small wish, you can go to your grandmother’s house with your parents.” Then Sara told the tortoise that in an accident her parents had died. The tortoise felt sorry for her and agreed to take her. Sara got so excited to go when she heard she was going to her grandmother’s home that she quickly got her luggage and put it on the tortoise’s back and they were all ready to go.

They both were in the middle of the jungle when some wild animals attacked them, Sara got very scared of the animals but the tortoise waved his hand and from the magic all the animals disappeared. After the travel of 10 days at last she reached her grandmother’s house, she went in the house and told her grandmother how her parents died and how she reached here with the help of a magical tortoise. Her grandmother was happy that Sara reached her all safe and sound and thanked the magical tortoise for its help.