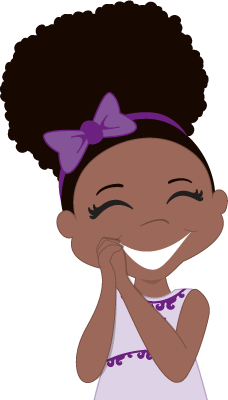 “Kamsi Helps Her Parents” is one of the outstanding stories of the second biannual International Short Story Contest 2017 written by Azubuike Emmanuella Kamsiyochukwu, Nigeria.

Once upon a time, there lived a seven-year-old girl named Kamsi and her poor parents. They lived in Lagos, Nigeria. Kamsi attended United Primary School located in her community. The school fees of the school were the lowest fees compared to the other primary schools around, yet her parents were unable to pay her school fees for the first term in Basic Two. Kamsi was sent out of school by her class teacher because of that. She was very sad as she walked out of the school gate.

One day, Kamsi went to her mother and said, “Mummy, why do you stay at home without a paid job? Her mother replied, “I have no education and skills, your father and I decided that I stay home and take care of you, while he works and earn for us. But unfortunately your father’s income is not sufficient for us.” Kamsi then said, “No mummy, you may have no formal education but I know you are very skilful, I am no longer a baby, you can get a paid job to help pay up my school fees.

Kamsi’s daddy walked in as both mother and daughter were chatting. She stood up from the small stool she was sitting on, knelt down to greet her Daddy. He lifted her up to embrace and Kamsi laughed on. Kamsi’s mum too greeted her husband and then asked if he got his salary but he only shook his head indicating a no. Daddy dropped Kamsi and asked her to get him some water from the kitchen.

Kamsi said to her parents while her dad hands her the cup he just drank from, “Daddy and Mummy I‘ve got an idea, let us visit the rich couple next house and request for a job. Their gardener left last month, I guess the gardener has not been replaced. Who knows, they may employ us to work part-time for them. Kamsi’s parent thought for a while about what she had said, then both of them decided to visit the rich couple.

The next day at the rich man’s house, the rich man said, “We have hired a new gardener and he would be starting his work tomorrow but we need a female cook, who can make delicious home meals for us”.

So Kamsi’s mummy got the job of a cook and within two months of work, she could pay Kamsi’s school fee. She also bought her new text books and uniform. Kamsi missed a term at school but she returned to school the next term, happy and willing to learn. At the end of the term she had an overall mark of 85% in her examination. Her parents were so proud of her not only for her good grades but also for her thinking ability.

With the new additional income from her mummy’s job, Kamsi and her parents lived happily ever after.