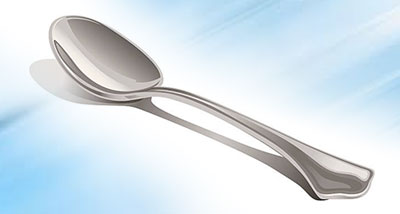 “Goal of an Intelligent Person” is one of the outstanding stories of the second biannual International Short Story Contest 2017 written by Kanawas Sriprab [khun], Thailand.

Goal of an Intelligent Person

Everybody has their own goals in life, but there was a boy in the world who had a goal that sounded impossible but he finally achieved it with trust in himself.

Long ago their lived a small boy who lived with his parents. But this boy was different from others as he couldn’t use his muscles. He needed a wheel chair to move himself.

At that time around 1760 he was 10 years old. One day he made a weird invention that made him and others able to eat food by themselves. This invention was a weird round shaped stick that he later called the ‘spoon’. It was made from metal or steel. So now the people in his village can take food in the ‘spoon’ and place it in their mouth.

In 1780 twenty years after people had trouble eating meat with the ‘spoon’. So the boy invented something else similar to the spoon. It was a five pronged stick that could be used to stab meat with. Although he made people’s life easier he did not achieve his goal. His goal was to make a big discovery.

The next day the boy and his assistant were looking at the ‘spoon’ when he suddenly realized that the spoon can be a mirror. The back makes your face the right way around and the front makes your face upside down. This was a big discovery! He was so excited that suddenly he stood up and ran around like a drunken man. The news spread all over the world! Everybody in the world knew him. He had finally achieved his goal. He can even move himself. He was so happy he lived until 100 years old. Everybody in the whole wide world was so sad when he passed away.

In the year 1890 his son who was disabled too followed his father’s footsteps and invented a spoon that one side is a spoon and the other is a fork. He married a woman from France. Her name was Margaret, but she was very cruel she even hurt her own child. The man’s son was so mad he divorced her and kept his son with him. But his son died a few months later and he was left alone. It took him a long time to let Margaret go. He told himself that if he did not let her go he could not help others and Margaret would prevent him from helping others so he decided to let her go.