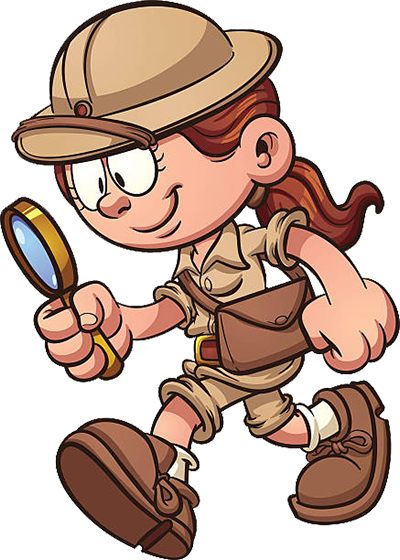 “A Tremendous Treasure” is one of the outstanding stories of the second biannual International Short Story Contest 2017 written by Manogna Bedhu, Sweden.

“Three friends named Anshu, Swastik and Devika decided to go trekking into the forest. They were archeologists. When they were going deeper into the forest Swastik suddenly stopped and said to his friends “Hey, look I found something”. It was a black box. Then Devika remembered an incident from her childhood. When she was young, she along with her grandparents was going through the same forest and it started raining heavily. After some time she was surprised to see that all the rain water was absorbed by the trees and understood the importance of having trees and decided to plant every year on her birthday. Then she found a similar box but which is white in color.

When she opened the white box, a sparkling white light shone out of it and she safeguarded the white box at home. Then she went running back home along with her friends with the black box and opened it. To their surprise a black light came out of it this time. Then she explained everything to her friends. She put the black box next to the white box she was having and when they opened it together a Chinese symbol with the meaning “Strength” was displayed. They all ran back to the forest and started digging the place for more clues with the help of other close friends.

After some days of struggle, they found a clue it was a skeleton with a chain around his neck, when they opened the locket they found a gem. They studied the gem and found it was a very expensive and ancient one. After few days of further digging they found that the place was full of diamonds, gold and silver. Then a boy who was observing them joined them to help and then Anshu found some more white boxes. Once the boy saw the boxes they found he said “My grandpa had similar boxes but they are black in color”. Devika requested to meet his grandpa.

They all met him and grandpa shared his past to them “My dears, my brother had made all those boxes. They contain powerful magic that can give us strength, wealth and health. Those days one greedy man named Vedanth wanted the power all to himself killed my brother and stole all those boxes. With the help of police, we found him and he was hanged and buried there in the forest. Maybe all the wealth you found is acquired by Vedanth from the magical boxes and skeleton you found was Vedanth’s.”

With deep grief he said let us use the wealth found for good cause. Then Anshu, Swastik and Devika along with other friends understood the negative effects of greediness and handed over the wealth to Government and they used the wealth for poor and needy. Suddenly Manu heard her mother calling “Manu get up fast otherwise you will be late to school”. Then Manu realized that it was all a dream and was happy as she always wanted to be Archeologist in the future and shared her dream with family.