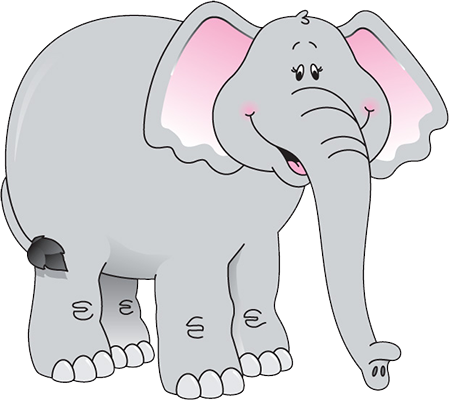 “A Friendly Elephant” is one of the outstanding stories of the second biannual International Short Story Contest 2017 written by Pachipala Shiva, Singapore.

Long Long ago, in a deep forest lived a kind-hearted elephant. The elephant’s name was Jack. Jack had a family who always followed his footsteps. Furthermore he had honest and respectful friends. No matter what situation Jack faced he remained helpful.

In the same forest, lived a cruel hearted wolf. It lived with its furious pack. The wolf was the leader of the pack. It always ordered each and every wolf to obey its commands. Out of the blue, they lacked of food and water for weeks and months. One fine day, Jack and his family went for a stroll in the forest. Unfortunately they felt thirsty. At the corner of their eye, they spotted a river filled with crystal clear water nearby.

Unexpectedly the wolf arrived at the river with its pack. The pack could hardly contain their joy looking at the mouth-watering dishes. The whole pack growled with happiness. The elephants were alerted by hearing the growl of the pack.

The elephants started running as fast as their legs could carry them. Because of their weight, they slowed down to a snail’s pace and the wolves caught up. It was too late for the elephants to escape. Fortunately, smart Jack managed to escape. The wolves had a delightful feast.

After a while, Jack returned to the river. To his horror, he saw plain bones of his family left by the river side. Tears welled down Jack’s cheeks as he felt remorseful for his family. Jack planned to take revenge on the wolves but he remembered his parents telling him that revenge is never a worth-full deed. Few days later, Jack decided to forget all his problems and stay calm. Everything went back to normal and everyone lived in peace. Years passed by as the wolves reproduced. Soon, the cub wolves grew and hanged around in the forest.

One day, the cubs were playing and did not notice an underground hole which has about 10 metres deep. Suddenly, the cubs fell into the underground hole. The wolves realised their cubs did not return for a long time. They decided to search for their cubs in the forest. Deep in the woods, the cubs were growling but no one bothered to help them. While, the elephant happen to pass by. Jack went closer and saw the cubs. He grabbed some veins, twigs and tied them together. He threw it into the hole and pulled the cubs out.

At the juncture, the wolves arrived at the underground hole. The pack observed the elephant helping the cubs. The leader analysed all his bad deeds that he had done in the forest. The pack of wolves had apologised and thanked Jack profusely. The wolves from that second onwards leant the true meaning of friendship. Friendship is a state of mutual trust and support between allied living things. That day would be etched in the wolves mind throughout his life.