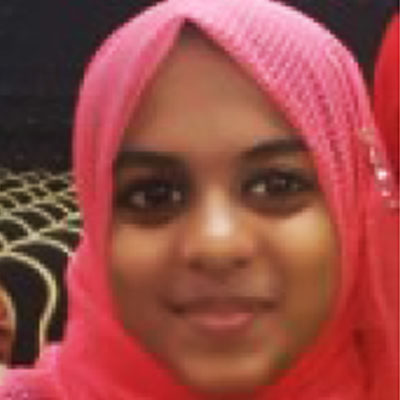 “The Other World” by Samreen Sathar, is the Second Prize winning story in the senior category of the first biannual International Short Story Contest 2017 which was organized by Kids World Fun.

I wake up again, drenched with sweat and cheeks glistening with tears from the nightmare. Well, the nightmare is just a more vivid version of the harsh reality.

In those rare nights that I actually sleep. I wake up because of this cold brutality. And all other times, I huddle up as small as possible and try to get the luxury of sleep even though I am an insomniac.

I sit straight letting out a deep sigh and take a look around. Everyone is sleeping. But no, not peacefully. I don’t think any one of us knows the meaning of peace or even the existence of hope.

I get up slowly and tiptoe towards the door and peep out. Good, no one’s about.

I take out that incomplete letter that I wrote the day before along with that almost inkless pen. From the loose floorboard under the worn-out mattress that I sleep on.

It takes me a good ten to fifteen minutes to take them out without making any noise and keeping as alert as a frightened rabbit for any other noise. It’s a good thing that I sleep next to the door. I can at least hear what’s going on outside and I don’t need to sneak past the other girls.

I move quietly making no sound at all. I marvel at how quickly I learnt the art of walking and doing things without making noise.

Six months ago, if I had told this to anyone, they would have laughed saying that I was dead clumsy and couldn’t even keep down for at least a moment.

But in desperate places like this survival skills comes to you naturally.

I move down the dim lit corridor that has become familiar to me because of my night wanderings.

I walk towards the “Eden garden”. Well, I am not sure what this place is called, but I call it like that because no one comes here. And this place stinks to the core as this is the dumping ground of dead people.

The first thing that came to my mind when I discovered this place was a photo in my old history textbook --- a photo of clothes piled up outside concentration camps during Hitler’s reign.

Yes, here rotting bodies were piled up. They are remains of some lucky souls who escaped this wretched place. They alone give me hope here. The stink doesn’t bother me as this is my heaven and the stink is like a perfume.

I go behind a mound of some rotting bodies. I sit there so that even if anyone comes, no one will see me.

And then, I slowly open the paper and finishes the letter that I was writing.

So, anyway I’m happy here, and I enjoy my day here. Of course, I do miss you guys and school and classes, but God, this place is fun too. And the kids here, are very nice and great. I got some real good friends and guess what? They too keep on babbling like us.

If I keep on writing, I might never stop. So, let me stop here about myself. Tell me, how is life there? How is our class and teachers? How is Red Nose Sir and Foxface Ma’am? Oh, how I miss you!

But still I am not complaining…… (joking).

I’ll be waiting for your letter. Bye

With lots of Love, your friend……”

I don’t write my name. I let the pen trail dots after that.

As I keep down my pen, I realize that I have been crying soundlessly, this letter won’t reach anyone but still I wrote it so that my hope never extinguishes. Looking at some dead person’s face, I remember how I came here…….

We all, my mom, dad and me, came to this country on vacation. We decided to do some actual car travelling like, you know, without a guide or any particular aim, just moving forward.

It was pretty fun till somehow, we reached an abandoned place. Oh, not exactly abandoned, but a bare road with absolutely nothing on the either side other than endless expansion of sand.

We didn’t know what to do and the GPS was not working either. We got out of our car and looked around for someone. I don’t know what happened but suddenly I heard some gunshots and before I could register what happened, I saw my parents crumbling down.

As I turned, I saw a burly face, with a gun, grinning. My first impulse was to…. Scream? Run? Check my parents? Hit the man? I don’t know.

Dread and fear filled my brain as the man hit me in my eyes and I fell back staggering. My eyes were on fire. He bonded my hands and legs and gagged me and threw me.

Yes, he threw me. I heard the noise of a truck or lorry and I hit a firm ground. And the I felt the moving wheels underneath me and I knew I was in the back of a truck.

The confusion caused me to black out.

When I woke up, I saw I was lying on a cramped place that immediately brought back by claustrophobia. But with my mouth gagged and limbs tied, I could only cry. With tears flowing sideways I cried for my life, my parents ……

I cried to sleep.

When I woke up, I was lying next to hundreds of sleeping girls. I was at last awake with no bindings or gags but then…

I realized that I had no tongue either.

Looking around, I saw that burly man again. I quickly rolled back, and watched him walk over to a sleeping girl on the other side of the room. He took out his knife and slashed her throat and ripped her clothes. He suddenly turned and saw me watching. He came over to me and holding the knife by my throat, he laughed. I tried to scream but couldn’t. had they taken off my voice box too?

That night I became an insomniac.

Suddenly, I hear footsteps around and snap out of my reverie. I quickly stuff the papers into someone’s rotten mouth and look up.

A guy strides over to me, from the door, looking down in absolute hatred and contempt as it I’m disgusting.

“Who is that?” A gruff voice from back called out.

“It is that new girl from the desert” the guy replies.

“I always knew she would be a rebel”, Then a pause, “Leave her” the gruff voice says.

“What?” The guy next to me looks shocked.

“Let her rest in peace in her favorite place forever.” The gruff guy chuckles. “another stupid girl to rot..”

I look up to see the guy smiling wickedly. He takes out his gun and pulls the trigger.

The last thing I see is the sun rising in the horizon….