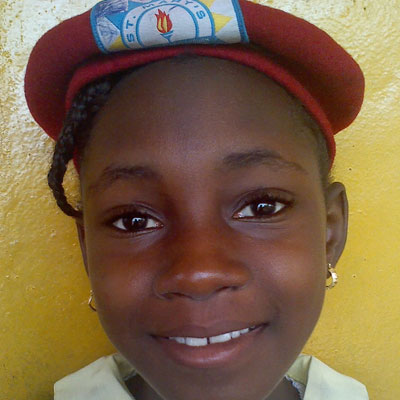 “The Good Son” by Paula Adama, is the Highly Commended story in the junior category of the first biannual International Short Story Contest 2017 which was organized by Kids World Fun.

Paul had decided that he was running away. His future depended on him escaping from his family and the home he loved. Paul’s dream was to become a pediatrician and he knew that he had to stay focused and work extra hard if he was going to get the scholarship he would need to go to university. He had been well on his way to getting the scholarship with finals just round the corner when Father got his foot crushed by a falling log. Father was a hand at the big farm most of the townsfolk made their livelihood from. Times were hard and getting the work had been a break for the small family. Now with Father out of commission, things would definitely get really bad indeed. Paul didn’t think he would have to stop school as he was in final year and fees were paid up but Father had other plans.

‘You have to take my place at the farm. That’s the only way we get to keep the job while my foot heals.’ Father had said. His face was sweaty and scrunched up with the pain as the local chemist dressed his foot. ’That will be in eight weeks at least’ murmured the chemist whose face was tense with worry and concentration. Paul’s own face was slack with the shock of the unexpected announcement. He could hardly speak.

‘Peter is too young. I had to tell the supervisor you were old enough before he agreed for you to stand in for me.’ He glanced at his son’s tall, lean and strong frame. ‘You look the part. We don’t have a choice.’ Father’s eyes had closed so he did not see the looks on both his sons’ faces. One was relieved, the other totally shocked. Nothing would change Father’s mind so Paul had decided to run away. He would stay with Uncle Francis at the other side of town until he was done with finals then he would return home. Father and the others would be fine until he returned. They had survived hard times before, they would do it again. He left at dawn the next day and decided to take a short cut to get to the bus stop. He had to cut across the farm on his way and he did not think much about it until he bumped into an old man on the narrow path. He was bent over with a heavy bundle on his back and he limped on one foot as he struggled with the weight. Paul could not walk around the man, so to be quick, he offered to help. The old man was wrinkled and grey and his grateful smile was without some teeth. ‘Thank you, son.’ He said ‘You are a good boy. Ha! You look just like my boy before he went to town. I don’t see him much these days but he is doing really great you know.’ The old man was feeling chatty but Paul did not really mind. The sun was still low on the horizon so he would be well away before his father realized. ‘What does your son do, sir?’ he asked to be polite. ‘Oh, he is a pediatrician.’ The proud father said. He gabbled on about his son’s practice while Paul listened silently, bent over with the old man’s burden on his back. Soon they reached the farm house and the supervisor was already at the door with the day’s work schedule in his hands. He greeted the old man jovially and jokingly asked ‘Will you retire today, Papa, now that you have found someone to carry your load?’ ‘Never!’ laughed the old man. He hobbled away after thanking Paul for his help, leaving him at the entrance of the farmhouse. The supervisor eyed him critically and then asked ‘What’s your name, young man?’ Paul did not hesitate. ‘My name is Paul. I am here to stand in for my father.’