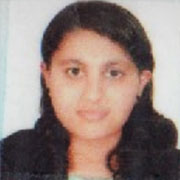 “Karou” by Riya Roshan Joseph, is the Third Prize winning story in the senior category of the first biannual International Short Story Contest 2017 which was organized by Kids World Fun.

“Neon the school does not need any more slackers. If you do not get the research projects done by the end of the semester, I will have no choice but to mark you down by a grade."

And school could not get any better. Neon had given up all hopes until he saw the start of a new journey “Karou - journey to the beginning".

Now all I have left is this one chance to prove that I belong in this world. I took the flier, put it safely in my pocket and ran back home to polish on my gaming skills.

Resident evil? No, kind of scary. Pokémon Go? Definitely not enough time to go for a walk. The gaming tournament is this Saturday, gamers from all across Nomans Land can battle to win the gamers mark of honor and a whopping $1000. The game “Karou - journey to the beginning" seems to be kind of new. According to Pokémon 365, it is a new game launched by Mark that will be shown for the first time in the tournament. Everything was planned but I left out something major school.

“Neon, and where is your chemistry assignment?” asked Mrs. Bell hoping for one less detention with me. "Miss I…,” this time I could not find an excuse impressive enough. As usual Mrs. Bell yelled, " Detention".

Another week of school was finally done and the gaming tournament was only a day to go. Saturday morning, a perfect meal of pancakes glazed with chocolate syrup. That was what I had in mind but morning did not go as planned. Only one more hour was left for the tournament to begin and could not find my tickets nor my lucky baseball cap.

After a futile search in my room, I was about to give up when it had been the whole time with my brother! After a long chase from the hallway to the neighbors garden (not to mention that I stepped on the county fair first place pumpkins and a few roses), victory as mine! I packed my bags and left for the tournament.

The whole stadium was crowded with gamers, you tubers and the Pokémon fandom. One by one each gamer was given their little gaming paradise (a medium sized booth with a lot of graffiti and shiny new controllers).

“Gamers, I present to you my latest creation- 'Karou- journey to the beginning'. May the best gamer be crowned". After Mark was done giving the instructions, we were allowed to begin. The beginning levels were easy and the other gamers seemed to race at the same pace. The villains were like drawings that came to life and died into tiny flames. Every gamer was given 5 minutes to gulp down energy bars (some gamers would not get their eyes off the screen).

After hours of chimera and annoying cacti that explode, my fight was almost to an end. Later, I realized the last level was just a blank screen with a tiny bowman running. I followed the bowman till he reached a cave and shot a phoenix that burned with blue and red flames. Tiny bricks and wooden blocks with mini characters appeared. I started building a castle till Mark had announced that the last level was to create your own mini video game.

Create my own video game? The end of the gaming tournament seemed so far away. I looked around and saw people struggling with the other levels. I took a deep breath and continued building my weapons and fighters.

An hour later I was finally done. Mark took hold of my controllers and started gaming. He left with a frown. I was pretty sure then that I was not a creative person. Once Mark had been done judging the other games with a panel of esteemed game designers, it was time to announce the winner.

And the name appeared on the screen - NEON. Before I could be done with my victory dance, he announced me as the new designer of "Nomans Land Incorporated ". I could not believe my ears, I thought that was a joke and packed my bags and was about to leave. Mark stopped me and convinced me that he wanted a professional game designer.

After another week of school, I had finally learned something. You might not be the best in your class or an artist but you were destined to do great things.

Life is like an arrow. An arrow can only be shot by pulling it backwards. When life is dragging you back with difficulties, it means it is going to launch you into something great. So just focus and keep aiming.