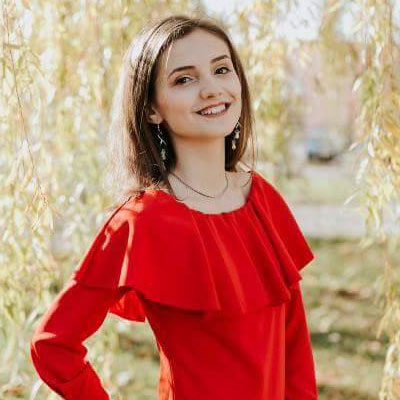 “Eye’s Origin” by Iulia Vonica, is the Highly Commended story in the senior category of the first biannual International Short Story Contest 2017 which was organized by Kids World Fun.

Grandpa opened the lab door. I don't think he had ever done that before with someone else because his work was secret and he created our family only for successors who would continue his experiment. I had already known what he wanted from me when he put his hand on my shoulders.

“You're the lucky one!” he said, but I remember clearly what he told us about his work “weird, exciting and involves all my years on Earth”.

I wasn't sure that it was good luck or bad luck, but I knew that I couldn't refuse. He turned on the lights and let me sit on his desk chair.

“I don't know what is this work about, Papa!” I told him and I looked scared to those big piles of papers.

“You don't need to read all my notes! You only needed to see what I was going to show you if you hadn't opened your mouth too early.”

His words made me angry, but all my madness disappeared when grandpa pushed aside the enormous bookcase and a door appeared. I looked surprised and in the same time confused because I must have seemed like that, even if I had opened that secret door a hundread times before that moment.

“Oh, dear Lord!” I let my fancy british accent impress Papa, but my words impressed me, the most motivated atheist. “What is your work about? Black magic? You're hidding Harry Potter behind that door?” I asked him.

“Well, no. Not Harry Potter, just Voldemort.” he said laughing. “Let me show you my sweet secret, but before that, I need to be sure that you will not call the soldiers.”

He opened the door and the dark swallowed the room, but also my nyctophobia appeared. My legs were trembling while we were crossing the hallway until I saw the first shadow of a pale light. He put his hands on the cold bars and called my name.

I followed his words and looked for Fiona. She was standing in the corner of the cage looking confused. I tried to look like her, confused and freaked out to impress Papa. He laughed.

“Look at her! She's a goddess! Her eyes are gorgeous. She's my sweet little secret!” he yelled excited.

I had been looking for the hundreads of times in her eyes. Their colour was special and charming. They remembered me about the ocean, the dessert and the jungle everytime I looked at them. It happened just because of their unbelievable colours: a rainbow in her eyes.

Compared to our eyes, which are the coldest shade of white and nothing colourful or anything bright, her eyes can be considered an art. I have never seen that kind of eyes before hers because the soldiers killed innocent people after their professional machine discovered a path of colour in people’s white eyes which was also the beginning of the human art.

Every morning, at five o’clock, all people over the town must have been standing in front of their house and waiting for the soldiers to come and verify their eyes. I couldn’t understand what a family felt when one of them was pulled in the middle of the street and dragged in a van which ensured him torture and death. I couldn’t understand that because I couldn't understand why my family mourned a cinerary urn where was no piece of my father's skin, neither a piece of his big heart.

Papa unlocked the cage door and told her to come out. She was so scared but she did that for me. I discovered her in a morning when we were 9. We became very good friends. She was also my secret, not only grandpa's. I brought her every week my vegetables from dinners and grandpa never thought that I knew about her. We loved jelly. I always kept for her the red ones. We dreamed together about stargaze.

Fiona and I followed Papa to his lab and listened to his words. I had to prove what Papa started: colourful eyes meant evolution, not a contagious disease. It was hard to prove it, but I had an idea. I ran out of the lab and dragged Fiona after me without listening to Papa's sacred words. I stopped in the middle of the street and yelled. People came out of their houses and looked confused to Fiona who was holding my hand scared. I yelled again.

“She is Fiona. She's more pure than we are! She's more beautiful than us. She's healthier than we are and even so people like her are considered ill, contagious, mean, because we can not accept changes and differences. We are blind. We think that destroying families means evolution. We are so wrong! I discovered something that has no chimical reaction, no definition, no science. I named it LOVE. L from Life. O from offers. V from valuable. E from emotion. Life offers US valuable emotion.” I said looking into Fiona's eyes. “We don't get it. We don't want to. People who discover this in others have colourful minds and eyes. I vote for LOVE, not rasism, selfishness, fake disease.”

I couldn't speak anymore because two soldiers pulled us in the white van. Fiona was scared. I was scared of death, too. But I saw something on the car's window. My eyes’ reflection. They were blue. They were colourful.

Right now I am standing in a cage, in a prison. Fiona is next to me. I don't know if it is death, but it feels so unbelievable safe.