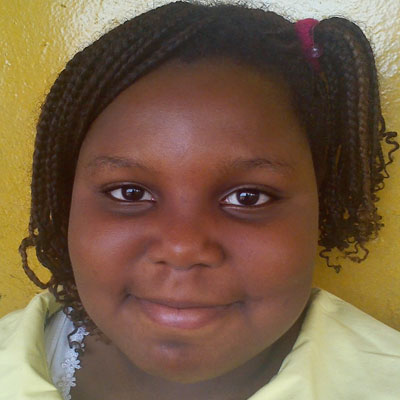 “Chedemkam and the Golden Tree” by Damilola Agbolade, is the Highly Commended story in the sub-junior category of the first biannual International Short Story Contest 2017 which was organized by Kids World Fun.

Chedemkam and the Golden Tree

Chedemkam was a very happy girl. Her Mother promised to let her have and do anything and everything she liked for her ninth birthday but on one condition, however, that she pass her exams with flying colors. Coincidentally, her finals were happening a day before her birthday but she was not bothered. She felt she had enough time to study and prepare for her birthday at the same time. She knew exactly what she wanted to do on her birthday. She was going to throw the biggest, brightest, best party in the world. It was going to be super awesome. There were going to be bouncing castles, car rides, games and really cool prizes. There would be lots of party foods, ice cream, cupcakes and sweets for everyone.

Everyone was to come dressed as a prince or a princess and her Mom had got her the most beautiful princess costume that she had ever seen. It came with a wonderful tiara and matching jewelry that sparkled, glittered and glimmered. Her birthday cake was three layered vanilla, strawberry and chocolate and bedazzled with icing that looked like colored crystal. Chedemkam also got to pick out her decorations, paper cups, paper plates and fancy serviettes that would be used at the party. She even got to design her own invitations and get them printed before the day. She was so busy putting all the final touches in place that before she knew it the day of finals arrived.

The day before, she was so worried that she may have forgotten to do something on her birthday list, she wasted time after school going over and checking each item instead of revising for her exam. Her Mom had to take away her party arrangements and remind her about their deal. Chedemkam reluctantly took up her books and started to read. She woke up with a start at the sound of her mother’s voice and realized it was morning. Oh no! She had not read a thing before dozing off the night before and now she had to go to school for her final exams. Chedemkam was terrified. She tried to convince her Mom that she was ill and could not go to school. She even tried to force a cough but her Mom would not have any of that nonsense. She dressed her, fed her and bundled her out the door to take the short walk to school.

Chedemkam dragged her feet to school, so sure she would fail her finals because she was unprepared. She knew her Mom would keep her word and cancel her big day when she failed her finals. She was so upset she could not bring herself to continue on to school. What was the use? She thought. There was nothing she could do now to change what was going to happen. She walked up to an almond tree by the side of the road and sat in its shade. She hugged her knees and started to cry because of her frustrations. She wept for all the sweet things she was not going to get, for her beautiful dress she would not wear, her three layered cake she would not cut and all the games she had been looking forward to that she would not play. Her reasons to cry were plenty.

She made so much noise crying but that did not stop her from hearing the quiet concerned voice that said “Oh my! What sad reasons to cry, little girl.” She raised her head to look for the owner of the voice and noticed a golden haze around her. She stood up and saw that it was the tree that glowed gold. She looked about and did not see the road or her neighborhood anymore. She was surrounded by the golden haze that came from the tree. I must be dreaming thought Chedemkam.

“Perhaps.” said the tree. “Yes I can hear your thoughts” said the tree. “I know why you cry and perhaps I can be of help.” Chedemkam’s ears pricked up. “Will you give me some magic to help me pass my exams?” “No. Not in the way you think. I can give you my fruit to help you return in time and do the right thing to make sure you pass your exams.” Chedemkam was not eager. “That will be too much hard work. I did not have enough time to begin with because if I had, I would have been able to prepare for my party and read my books at the same time.” The golden tree chuckled. “All we have is nothing but time. How you use it makes all the difference.” Chedemkam was adamant. “I need to prepare for my party. If I don’t, I won’t have the party I want.” “If you do not study, you will fail and not have a party at all. You realize that, don’t you?” Chedemkam agreed. “You are right.”

The golden tree said “Hold out your hand, Chedemkam.” Chedemkam held out her hand and the tree dropped three fruit in it. “There, you have three days to make a difference.” Chedemkam smiled “Thank you Golden tree. What must I do in return?” The Golden tree laughed this time. “What can you give an old tree? It is a gift. No payback required. Only, sit in my shade every once in a while and please do not cry like that ever again.” Chedemkam laughed. “Now eat up quickly.” said the tree and Chedemkam did.

As soon as she swallowed the last fruit, she woke up with a start in her bed at home. Chedemkam looked about and wondered at her dream. She got up quickly to get ready for school and came downstairs to meet her mom in the kitchen.”Where are you going, Chedemkam? No school on Saturday.” said Mom. “It’s Saturday?” asked Chedemkam. Mom looked worried. “Of course it’s Saturday. Are you feeling alright?” Chedemkam jumped with joy and ran back to her room to study. When her mom came to ask her about preparations for her birthday, Chedemkam told her mother she preferred to study. When her mother asked her if she was sure, Chedemkam said yes, that she would love that her mom surprised her on her big day.

Chedemkam studied hard and when the day for finals came, she got to school on time, sat for her exams and passed with flying colors. As for her birthday, she got everything she had dreamed of and more. Her Mom surprised her with a chocolate fountain and gave her beautiful pink pompoms to match her princess dress. Everyone said she looked gorgeous and she had an unforgettable day indeed. She did not think about the golden tree because she thought it had all been a dream until after her birthday. Soon afterwards, she was looking for her slippers under her bed and found three almond seeds there. She stared at them and suddenly realized the perfect thank you gift she would give the tree. She took an evening walk to the golden almond tree. She thanked the tree for its gift and quickly planted the seeds a few meters around it on three sides. Every day, she tended them then sat for a while under the golden tree and they both watched the little trees grow. They had nothing but time, and each other.