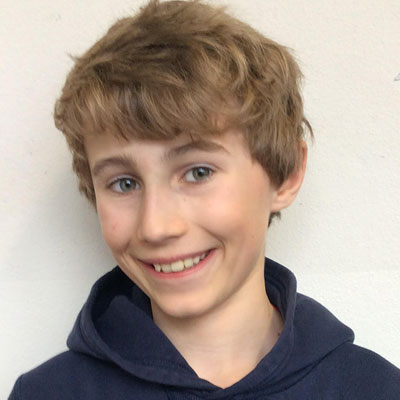 “Chasing the Light” by Duncan Jewitt, is the Highly Commended story in the junior category of the first biannual International Short Story Contest 2017 which was organized by Kids World Fun.

"What now?" I thought. I was in a wooden ship, chained to the rough floor, I was thinking of an escape. The war between Lambert's army and England had been on for decades. Brighton had been England's last hope, that was now gone. Ever since general Lambert had become Scotland’s president he had wanted lots more power. I yanked at the chains with frustration, he had taken everything from me. All of the other people around me had been forced through fear and death. We had been taken as Lambert's prisoners. It was our death penalty, we all new that.

Our guard swaggered into the room, he smelt of sweat and had a smug smile on his face.

"You lot are honoured guests," he yelled to no one in particular "you are gonna be the first kiddies to try out 'is lordships new punishment," "now come with me." He grabbed me chains and swung me around the room. I was saved by possibly his friend bellowing down the stairs

"Go easy on them Bill, they're only weaklings."

"All right Greg." Screamed back Bill.

So he grabbed all of the chains and easily hauled us out into the open, and that was when I saw it.

Mountainous gates bushes surrounded the barren landscape. A fence of metal covered the lightless place and the sound of thunder was drowning my joy and replacing it with fear. My bare feet hurt because of the rough rocks on the floor. Suddenly, a rat scampered over my foot and I screamed. Bill just laughed and pushed me on the floor where I met a lot of large scorpions and centipedes. I jumped up before they could crawl into my rags of clothes. But the worst bit was the bubbling hot acid spread across the floor. I looked behind me just in time to see the gates close. I was on my own.

Darkness swooped around me, the mist blocked my vision. I stumbled across the piercing rocks. I hate this. The acid was bubbling, it was satisfying how everything that came close shrivelled up like leaves in a fire. But when I came to close

I thought that my face would fall off. I toppled backwards, shielding my face. When I looked up I realized that I had attracted attention. I gigantic centipede was looking down at me.

Slowly, I picked up a stone and flung it in one of the other passages. Luckily, the centipede turned and sharply as an arrow and scampered down the tunnel. I ran on. Acid was spread across the floor every time I got near I could feel the scorching heat, now I knew better to go to close. Suddenly, I heard a scream not far away. The ground was vibrating and the air was getting uncomfortably warm. Something was coming. I shot to the nearest possible hiding place and crouched down. I was just in time because just then it came roaring past me, it was clutching a dead body.

I only got a glimpse but from what I saw was I thought it was some strange creature. It was black with a stripe of red across its back. Its teeth were drenched with blood and it was the eyes that scared me the most. They yellow and darting around, scanning the floor. I never wanted to see it again. I crept out of my hiding place, making sure I was on my own. Then I stepped out (concentrating too much on what was around me) and fell down a long, dark hole. Landing on a now maddened General Lambert.

Rapidly, I dived down the stairs, expecting trouble and crashed into Bill. Bill toppled over into the gates that swung wildly open. Releasing enraged flying beast that burnt the sky. It was a dragon.

Then everything happened. The dragon sent fire everywhere, it shot down innocent people seeking escape. Some valiant young men fought back however. Lambert screamed like a baby and dived into an airship. I was still not sure if he survived because I had other things to worry about. It wasn't just the dragon that came out, all the other creatures came out to. Centipedes, scorpions, giant bats and even a load of massive rats flooded out of the maze. The giant bats were pushing me back and I realized where, they were pushing me off a cliff edge. Suddenly, a scorpion stung me, I lost balance, fell of the cliff and remembered no more.

I woke up. I was slung over a branch. I sat up and looked around. I was slowly drifting towards a nowhere in particular. There was no land in sight apart from a distant speck on the horizon. "What now?" I thought and I paddled my way towards the distant island.