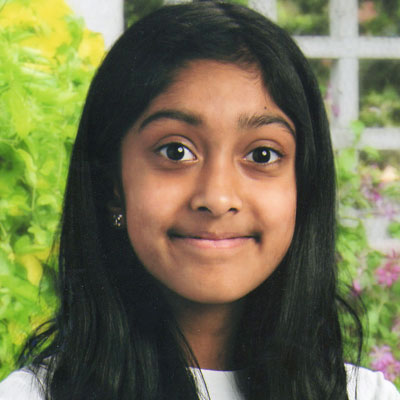 “Believe” by Priyanka Nambiar, is the Third Prize winning story in the junior category of the first biannual International Short Story Contest 2017 which was organized by Kids World Fun.

Camille was a poor thirteen year old girl whose dream was to be a Broadway dancer. Although Camille's parents were hard workers, they were unlucky people. A tornado had destroyed their home, as well as both of their workplaces. Often, they only made enough money to support themselves. Camille was determined to end her family's unlucky streak by auditioning for a role in Broadway's upcoming show.

"Don't worry mother! I will make you proud!" The young brunette whispered, giving her mother a tight embrace. Gripping her one chance for stardom, Camille slowly stepped out into the bustling city of New York.

An abundance of young adults roamed the sidewalk, their eyes glued to their electronic devices. Taxis, cars, trucks, and bicycles flew by, crowding the NYC streets. Hundreds of vivid, eye catching skyscrapers painted the landscape. Giant flat screen TVs were plastered to the buildings, showing off advertisements. Camille quietly slithered through the crowd, clutching a small, worn out purse.

“Watch where you're going kiddy!” A tall blonde sneered. The rude teenager wore a gray crop top, adorned with a cross bone. She had on a frayed pair of jean shorts with "Aeropostale" sewn onto the cuffs. Her silky hair was pulled up into a messy bun tied with a blue ribbon. The girl had a judgmental look etched across her face (which was full of expertly done makeup).

"S…sorry!" Camille whimpered nervously. It was her first time in the city, and she was already causing trouble! What would her mom think? The spoiled teen rolled her eyes before moving on. Several minutes later, Camille found herself standing in front of the legendary Radio City Music Hall.

"Well, there is no going back now!" Camille thought to herself as she pushed open the double doors. The lobby was overly crowded with stubborn parents, nervous children, and stressed teenagers.

"Welcome to Radio City Music Hall! If you are auditioning, please fill out an entry form and pay the mandatory fee. Then you may proceed to stretch and prepare." The speaker explained.

"This should be easy enough." Camille muttered, grabbing an entrance form. She marched up to a desk manager sticking out her form. The posh woman snatched up the paper, looking over it thoroughly.

"Camille Isabelle Chandler, where is your mom?" She questioned suspiciously, glancing at Camille's forged signature.

"Oh um, she is using the restroom," replied Camille hopefully. Although she seemed unsatisfied, the lady held out her hand for the fee. Camille rummaged in her torn up bag before handing her a battered twenty dollar bill.

“Looks like Lame-o decided to show up.” A familiar voice snickered. "What, are you trying out for the part? Cause you will NEVER get it. So just go home and cry in your pillow!" The voice taunted mercilessly.

What if I can’t do this? Camille thought worriedly. Tears flooded Camille's eyes, but she brushed them away.

"Next up is Camille Chandler!" The speaker said. I can do this. I can do this. Camille repeated in her mind. She slipped on her old cloth ballet shoes and entered the stage. A lyrical song came on, and the audition began.

The minutes flew by as Camille leaped, twirled, and kicked. Her face displayed stunning emotion, and the judges were awed by her turn sequences. You got this. Camille repeated in her thoughts, as she danced for her life. Her performance left the judges speechless.

"Well kid, you are the last audition. Your technique was flawless, and so was your emotion. Congratulations. You got the job." Camille stood still as joyous tears streamed down her cheeks. A grin spread across her face like wildfire.

"I did it,” she whispered to herself.

All because of her hard work, and determination, Camille achieved her dream. She didn’t let what people thought of her discourage her. What Camille did do- was prove them wrong.