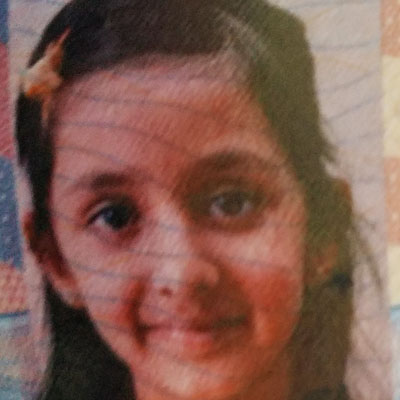 “An Underwater Manuscript: A Journey in the Deep Blue” by Priyanka Subramanian, is the Second Prize winning story in the junior category of the first biannual International Short Story Contest 2017 which was organized by Kids World Fun.

An Underwater Manuscript: A Journey in the Deep Blue

I am Priyanka Subramanian, a marine biologist for the G.S.P, also known as the Giant Squid Project. I am stationed at the Mariana Trench in an underwater base camp. The base camp is surrounded by a B.T. (Bubble Technology) made by the famous company, “Google Oceanotics”. It is a sealed bubble that can hold in air underwater, along with an energy source attached. Inside of that bubble is a large steel building with hundreds of scientists like myself living in it. We’ve been stationed here for over three years now. The scientists don’t plan to stop until we’ve discovered the veracity about the Giant Squid.

I had always wanted to be a part of the Giant Squid Project, but I had never really considered it seriously. All I really know is that one morning I woke up and I was ready to go on the journey of a lifetime. But being a part of a team like this wasn’t easy. I had to constantly work for hours on end to complete all that was needed to be done to become an official member of the G.S.P. I even had to take a few tests, as well as fill out an application. January 21st, that was the day I was accepted into the G.S.P team.

Later that same day, I found out that my husband, who was an astronaut, had gotten the opportunity to explore Saturn. February 1st, we set off on our respective travels. And let me tell you, this has been one of the longest long-distance relationships ever!

Today I and Louise, who is one of my best friends and colleague, are going out to test the water for any traces of the Giant Squid. Personally, I need to know if we are close enough to the squid’s habitat. And with permission from the G.S.P team, we’re heading out. I am nervous. I know this might sound crazy, but I have never gone scuba diving, and I have no idea what I am doing. Luckily Louise knows a thing or two about diving, as she has been doing it for over three years. “OH! Louise is calling me! I’d better go and suit up,” I said to myself.

Louis was standing in the front room holding two scuba suits. She handed me one and we got changed. I think Louise saw the worried look on my face because she said “Don’t worry; everything is going to be fine.” I turned my head towards her and smiled.

After I was given a lesson on just about everything you need to know about diving, Louise and I exited the bubble. It wasn’t as bad as I had thought. We swam around, holding small eyedroppers in our arms for about a mile and a half, taking water samples along the way. We stopped at a coral reef to take the last sample before swimming back to the base camp.

After arriving back at the base camp, we went to the lab to test the samples. Being stationed here for over three years and not finding much hadn’t given me hope in these samples, but something different happened this time.

After testing the samples, we found a trace of the squid in the coral water sample! We found squid feces in the sample! Now we know giant squids enjoy hiding in coral! This is going to help immensely in our project. Now at least we know where to look! After taking the samples, I thought about something. I realized that I am here, about to make an amazing discovery uncovering the truth about giant squids, but I wouldn’t be here, if I hadn’t gone to school. Ah, I remember my old elementary school, Urbana Elementary. I remember the first day of kindergarten we learned about animals. From that instant, I wanted to study animals or become a veterinarian. And in some way, I guess I got that. If I hadn’t gone to my first day of kindergarten, I wouldn’t have gone to middle school, or high school. I wouldn’t have gone to Columbia University. Meaning I wouldn’t be here today. I would probably be working in a 9:00 to 5:00 job, sitting behind an office computer all day. This made me recognize that everything starts with school. Knowing that iconic people in history like Ben Franklin and Albert Einstein went to school, this gave me the motivation to complete this adventure… to figure out the truth about the Giant squid.

I know I haven’t written in a long time, but that is because a lot is happening. For example, just 2 weeks ago, Louise and I, and a few members of the G.S.P team set out to go get updated water samples when we saw something amazing. We saw the tentacle of the giant squid!! Unfortunately, it swam off too quickly for me to barely take a glimpse of it. I didn’t have time to whip out my camera and take pictures, though I wish I did. But I have hope that we will be meeting up soon again. I know this entry is very short, but there are things to research and mysteries to be discovered.

The day finally came. Today we are going out of the bubble for 12 hours to find the giant squid. The G.S.P. team has compiled all of our discoveries up until this day. We now have as much information as we say possible. We know about what time the squid should arrive, and if when it arrives just by looking at it will give us so much information on the squid and its diet, habitat etcetera.

We’re about to leave the B.T. and head out to the same reef that Louise and I found the water sample at. When the squid comes, what will happen? Will it eat us? I mean, it is GIANT! They can grow up to 13 meters! I’d better go, we have to leave now.

We just came back from the reef. I CAN BARELY WRITE MY HAND IS TREMBLING WITH EXCITEMENT! WE FOUND THE SQUID! We waited about three and a half hours and all of a sudden it just appeared out of nowhere! It was so large and took so long for it to pass by that we got tons of pictures of each part of the squid’s body! Now we know almost everything there is to know about the giant squid. I am planning to compile the facts into an informational book. Maybe it’ll become a bestseller, you never know. All I know is that adventure awaits in the near future. I can finally go back up to the surface! I haven’t seen the sun in over 4 years. My goodness it has been a very long time!

I just finished packing yesterday, and now we are making the journey up to the surface. I’m not sure what to do when I get home. My husband will be home only in about 2-3 more years. He has no idea about what kind of adventure I’ve been on. But, then again, I don’t know what kind he’s been on. Meanwhile, I could write my book. I could go back to working in the lab. Eh, these all sound quite boring to me.

Personally, another adventure is really more my taste. Maybe instead of freezing cold water, I can visit boiling oozing magma.

This is most likely going to be my last journal entry for a while, as my journey is complete. But keep your eyes open; if you open them just wide enough, as wide as a squid’s, you’ll see me around …