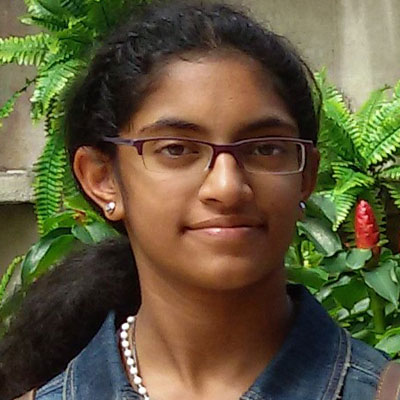 “A Strange Feeling” by Evangeline Jose, is the Highly Commended story in the senior category of the first biannual International Short Story Contest 2017 which was organized by Kids World Fun.

Blake bit his lip and tried hard not to cry as he heard all the ugly remarks that were being spoken about him by the bullies who were sitting right behind him in class. “His face is the exact copy of a monkey,” he heard David, the meanest of all the bullies, say. The others burst out laughing. Unable to bear it any longer, Blake rushed out the classroom door and into the bathroom, leaving the others laughing loudly. Once in the bathroom, he rushed into the closest cubicle and shut the door, and the tears came fat and fast. Why can’t they be nice to me, at least for once, he thought. Wiping his face on the back of his sleeve, he wished the floor would just open up and swallow him, he just wanted to die.

The next day, David was absent, which meant that Blake would be free of worries for at least a day. But at the same time, he was very confused, David was a student who never missed a day of school, even when he was ill he was known for coming to school. Blake felt uncomfortable. He didn’t understand why he was feeling that way as it was meant to be a day of freedom for him. All through his classes, Blake felt curiosity gnawing away at his heart, a curiosity to know what had happened to David. As soon as the school bell rang that day, he rushed out the main door and ran to the nearest pay phone. Dropping in a few coins, he punched in the number and heard it dialing……..”Umm….hello?!” came a voice from the other end of the phone, “Hello! David, it’s….it’s Blake”, he said joyfully, “What’s wrong buddy, are you okay?!” he blurted out the question that had been nagging him in his mind all morning. “I….I guess…I’m fine…” David said, in a voice that sounded like he had been crying for a while. Blake was stunned. He had never in his entire life, to this point at least, imagined David…..David, who was the mean, tough, bully boy in class, to cry! He was horrified! He didn’t know what to do! He suddenly hit reality, he was talking to David, the boy he hated most in his entire life….what did it matter to him if David was crying or not?! It didn’t make much sense either ways, did it?! Dropping the payphone and cursing under his breath for making such a useless phone call, Blake walked back home slowly, thinking things out. David hadn’t come to school, that was true, but what was his problem over that, it’s not like they were best friends or anything. Then, he hadn’t even asked him why he hadn’t gone to school, so it wasn’t like his question was answered. As he reached the driveway to his house, he heard somebody calling his name. At first, it seemed distant, so Blake assumed that he had just heard it in his head, but it started growing louder and louder and his name started growing clearer. Turning sharply, Blake saw that it was David. His first instinct was to run, and so, run he did. He ran and ran until he could run no more and finally David caught up with him. “Why did you run, I just wanted to ask you something, that’s all!” David said, puffing. He suddenly drew a sharp breath and fell down to the ground. In a split of a second, Blake realized that there was a problem. David wasn’t breathing normally. He had to help him.

Blake dropped onto his knees, and checked his pulse. His pulse was normal but he was breathing in a very unusual way. He tried to remember how CPR was done and how they had been taught in Health class. He suddenly remembered doing a demonstration on a dummy, and putting his mouth over David’s, he tried to do it the right way. He drew a sharp breath and did CPR a second time. This time it seemed to be working. David coughed dryly at first, then he stirred, and his eyes opened slowly and he looked all around. “You…you saved me! But, why?! I was…..” David began, “Shhh...it’s going to be all right...”Blake said. In the meantime, a boy who had seen David drop to the ground had gone to fetch help and by now many people had gathered into a crowd. Three men from the crowd came forward and carried David into an ambulance after lifting him into a stretcher. Blake was also allowed to go with him. Once they were both in the ambulance and the doors were closed, David said “I don’t know what I would’ve done without you, you see, I have a heart condition. Today morning I wasn’t feeling too well, which is why I couldn’t come to school today. If you hadn’t been there, then, I don’t know what would’ve happened. But why did you help me?! I was always….so…mean to y...you!” he burst into tears. Blake patted him on his shoulder and said to him, “It all started when I kept feeling uncomfortable that you weren’t there today in school, which is why I called you in the afternoon, and then when you fell down unconscious, I felt like I had to help you, and all I could think about was that, not about how mean you had been to me!” He drew a long breath. They both looked at each other and suddenly, cracked up. “Sorry I was such a jerk, I shouldn’t have made fun of you like that!” David said, looking sheepish. “That’s all right! I forgive you, after all that’s what friends are for!!!” Blake said, smiling. And both of them looked out of the window and into the sunset, smiling and thinking about how differently the day would have turned out, if Blake hadn’t helped David like he had.