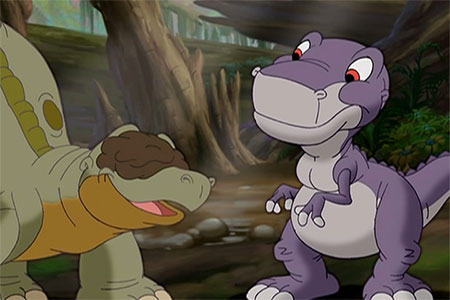 “When the Earth Shook…” is one of the outstanding stories of the second biannual Short Story Contest 2016 written by K. Venkataraman, India.

When the Earth Shook…

This story is set in the Triassic period, when amphibians first laid their feet on earth.

In the previous ages, the Heaven had glittered with happiness and God had rejoiced in the pride of having created new creatures on earth. Their mood of joy filled the air of Heaven.

Then he thought, “I should experiment with some giant creatures. Everything looks teeny weeny out here.”

He selected two or three types of lizards and turned them to giant animals called dinosaurs. They were all herbivores like Iguanodon, Brachiosaurus, and Apatosaurus and so on. However, later he realized that the ecosystem was not functioning properly. There was an imbalance.

At last, God felt his heart was filled up and contented. He fell asleep. Many days passed…

When he woke up, he got the worst shock of his life. Each dino was laying so many eggs and each of these eggs was growing up to be another giant dinosaur. Dinos ruled the earth! Suddenly, he got a heart attack. The earth was shaking. It shook under the feet of the giants. Rivers and lakes changed their course. Oceans were overflowing.

God’s voice thundered in the universe, “I want to bring a new species into the world but not by destroying my first creation.”

His head spun in different directions and at last, his eyes fell on a meteor, which was on its way to hit Mars. An idea struck him. He diverted the course of the meteor towards earth. The meteor travelled towards earth at 17 km per second and this speed could not be handled by earth. It fell on earth with a bang. The earth whirled and the water rose. Heat waves that flew beneath the earth now emerged as fiery waves above the earth, and they covered the ground circling almost all living beings on earth, especially dinosaurs.

Thus, the cretaceous era ended. Seeing this destruction, God scratched his head,” Now I have to start a new chapter with flora, fauna, and new creatures to rule this earth.”

Thus started a new chapter, of human beings, in the history of earth.