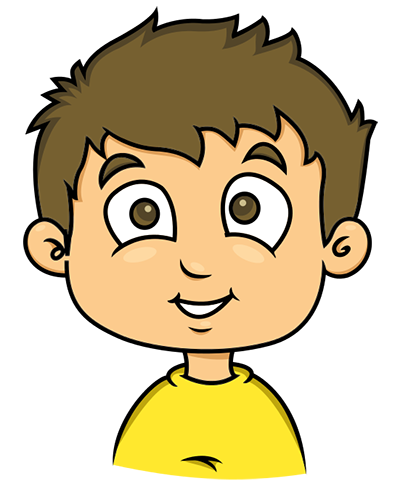 “Troy” is one of the outstanding stories of the second biannual Short Story Contest 2016 written by Mallika Handa, India.

“Stop it! Stop crying or I’ll slap you.” These words echoed in Troy’s mind as he lay crying in the arms of his aunt whom he called Ca.

Troy was just like your next door six-year old. But circumstances had made him in such a way that he could take better care of himself than a teenager. The reason for this was that he had a mentally-unstable mother. She had conned his father into marrying her. His father was afraid of saying anything for fear that she would once again run away.

Normally, mentally unstable are mostly the same as anyone else. However, his mother Sohaani was different. Even when no disease had captured her she was just the way she is now, horrid and dead inside. His father was a happy person, but as soon as he married his wife, she kicked all the happiness out of the window and occupied its place. Both of them had fights and used to take it out on their son. And thus the entire burden fell on him: of an unstable marriage, an unloving mother, a fed up father and most unfortunately- a stolen childhood.

His first cousins - Rahaan and Vidhika were his brother and sister. They used to fight, make up, rally for one another and then fight again. His siblings’ hearts used to melt on seeing his plight. This just wasn’t the way a person was supposed to spend the early years of his life.

As he lay crying in the arms of Ca his siblings were trying to console him. But soon he was back to normal. It was suprising for them to see that even though Troy had been made to wash clothes, make his own breakfast and be fully independent he was still a happy child.

After a few months, Troy and his parents shifted to Canada to start a new life. Troy was excited to go to a new place but was sad on the thought of having to leave everything and everyone behind. But knowing that what he would say would make no difference, he had to shift.

A month after he had shifted he started to like Canada. After all, the school he went to was great and he had many Indian friends there. There was no racism there. After a year his mother became pregnant and his father was staying in the hospital to take care of her. Then they left Troy to his father’s good friend Sanjay. Troy was treated very nicely and respectfully in that house. But he still longed for his parents because no matter how bad the parents may be, a child will always want to be with them when he is separated. But the son of his father’s friend was troubling him. The child’s name was Yuvak.

Yuvak was not sensitive enough to acknowledge Troy’s circumstances and kept exploiting him. Though it may sound pretty adult for a six-year old, Troy was already broken enough. Still he could not stand it. Yuvak used to come into whichever room Troy was in and just smack his head on the bed. Though most children are able to defend themselves Troy was different. He had never hit someone of his own age and couldn’t realize why Yuvak was doing it. Yuvak was doing it as he thought that since Troy was staying in his house he could do whatever he wanted to do with him.

It was the final straw when Yuvak barged into a room where Troy was changing clothes and everyone knew that Troy was changing. When Troy told an adult they scolded Yuvak but it was of no use. That’s when Troy finally hit back and Yuvak stopped.

Troy was back in India soon for a vacation. He had finally made it back home with his self-esteem intact. It was a wonder that in circumstances under which most people would cave in, Troy focused on the dot of light rather than the dark tunnel. As soon as his siblings saw him, with tears in their eyes they whispered into his ears, “Welcome back brother.”