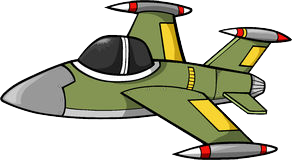 “The Warrior” is one of the outstanding stories of the second biannual Short Story Contest 2016 written by Govind Sriram, Chennai, India.

“Sterling, you have a surveillance mission on which you will be going on to El Aziza in Libya.” said the squadron leader.

Sterling replied “I’ll get ready as soon as possible sir!”.

In the cool desert night, Sterling turned and walked towards the hangar to get into his plane, a Hawker hurricane Mk1.This was his first mission since being stationed in Egypt, and he mustn’t fail.

Soon Sterling was up in the air. In a few hours, he would be over El Aziza as he exactly pinpointed the location on his map. It was dawn now.

Then he heard a loud boom! A bullet had missed his plane by the fraction of an inch. They had seen him! He would stay and fight! The fearless fighter dove and dodged the bullets. By evening, his fuel gauge was indicating that he had low fuel. He could only fly for a few more minutes.

Why did he accept this mission? What would happen to his family?

He pressed the booster tank button. No response. He tried again. No response. The plane was 2000 feet above ground and was falling at an alarming rate. In a few seconds, he would be smashed into smithereens.

Just as he was about to give up, he heard the cough and splutter of the engine as it roared back to life. As he was plotting his escape, he saw four planes heading towards him. Were they German planes?

Then his radio crackled to life “Spitfire to Hurricane. Are you receiving me? He gave an immediate reply “German troops camouflaged there! Germans advancing on Egypt!”

There was another message for him “We have ordered a refuel plane to come here. Please open your fuel hatch.”

Sterling pulled the lever that opened the latch. Within minutes, the refuel plane had arrived and his fuel gauge was at its highest point. What a relief!

Sterling re-entered the battle. He dove toward the German troops and switched on his gun. There was the noise of gunfire and the smell of smoke until dawn of the next day.

As they headed back towards their headquarters near Cairo, he could see ruins. His headquarters had been destroyed!

His squadron landed for an inspection. As they neared it, Sterling felt as if he was being watched. When they neared a broken wall, his leader sensed some movement. He announced, “Let’s go. This might be a trap.”

As they took off, they heard a boom! His squadron leader was right! It was a trap! He piloted to the base to have an aerial view. There was a squad of German troops hiding behind the ruins. He was about to start fighting when his leader said that they should head towards the safety of the Thebes headquarters.

After landing, his squadron was given a ward to rest. This was Sterling’s greatest day in his life. He was never going to forget it.