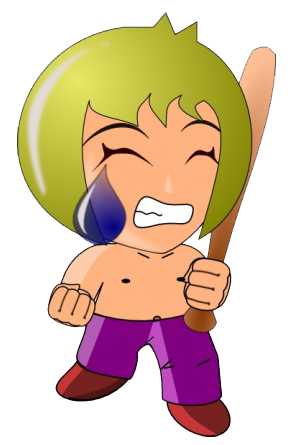 “The Sword With Healing Powers” is one of the outstanding stories of the second biannual Short Story Contest 2016 written by Sneha Bisen, India.

The Sword With Healing Powers

His body throbbed with the sharp pain. His shoulders were wounded. He collapsed on the ground covered with dry, darkened leaves, feeling dizzy. Everything was a blur.

"Wake up, little boy. Don't be weak like your brother. You challenged me," said a big figure. It was a strong, robust man of almost thirty.

His words brought back all the memories to the boy.

“Peter, Peter, play safe. Hah-hah, don't throw them at me," said a boy joyfully. It was Peter's elder brother John. Both were laughing, collecting dry sticks from forest for cooking.

John was a humble person who took care of his family, a wonderful brother to Peter and simultaneously, a valiant warrior as well. When they were returning home from the forest, a man came out of nowhere like magic and warned them not to step into the forest again.

John was brave. He told the stranger politely how important the forest was for them and other people. However, the man had come to take over the forest. John had no choice but to fight. He removed his sword from its scabbard and said, "I don’t want a fight. Please return to where you came from." However, the brutal man had not thought of changing his mind at any cost. He removed his bewitched sword, which was poisonous and attacked John. The fight resulted in John’s death.

During his last moments, John, covered in blood, throbbing in pain, told his little brother," Go home and open my cupboard. You'll find a sword. Be a warrior. Run."

Peter ran faster than he thought he could. He reached home, still crying, and opened the cupboard where he found a golden sword with red shiny hilt.

People mourned John's death, and nobody entered forest again fearing Robert, although they called him 'Vicious' because of his evil deeds. Peter trained himself everyday with his golden sword, never forgetting his brother's death. The sword always gleamed and sparkled whenever Peter said his brother's name 'John'. He missed him every moment. He wanted to avenge his brother's death, wanted to free innocent people from the Vicious's violence.

So now, after six years, he was fallen on the ground remembering his brother's last moments, which gave him strength for fighting against cruel Vicious.

Peter stood up. Suddenly, his sight was clear, pain was still there in his body, but he magically had an enormous strength. His eyes shined because of tears, as his golden sword sparkled more than ever. Peter had gotten the power of two people in him. He felt it; his brother John was there with him. "I challenged you. A boy of twelve challenged you, but a little brother will ruin you and your dark powers."

With the speed of furious wind, he put a blow on him. It didn’t affect his opponent much. Vicious's poisonous sword went right through Peter's wounded shoulder and he screamed in pain, "Aah! I won't give up until my last breath."

Peter, with all his remaining strength attacked Vicious making him seriously injured. He went for a final attack to kill him but a voice said within him ‘killing won't bring peace’. Peter stopped. Peter's body had gone blue. Poison from Vicious's sword was spreading in his body.

By that time, people from the village had come to the area. An elder of the village opened the sword's magically opening hilt and put the healing liquid on Peter and Vicious's body. Their wounds were healed.

Immediately, the forest became green again, and Robert, the Vicious, turned into a good man. Peter was convinced that it was John’s spirit, which made it all possible.