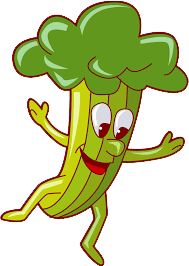 “The Merchant and the Talking Tree” is one of the outstanding stories of the second biannual Short Story Contest 2016 written by Sophia Sarah Izwan, Malaysia.

The Merchant and the Talking Tree

In a village far, far away, there lived a hardworking merchant named Sam. One sunny morning, he went to Damascus to trade spices and wool with other merchants. On his journey there, he passed a large unique tree with a metal-like trunk. He cautiously approached the tree to examine it.

Sam demanded, “Who’s doing that? Whoever you are, that’s not funny.” He went near the unique tree and was shocked to see that the tree had a face!

“It was I who talked to you,” said the tree.

“Is this a dream? I’m going to wake up any second now,” said Sam.

“No, it is not. This is real,” said the magical large tree. Sam was also shocked about the fact that the tree could move! The shocked merchant ran to his green caravan and continued his journey to Damascus. The tree followed him. The caravan came to a halt and Sam jumped out of the caravan irritably.

“Hey, you’re not following me to Damascus,” shouted the merchant.

“But, I’m lonely. Nobody ever comes here since this is a dangerous path,” said the talking tree.

“Yes, this is a dangerous path. I am the keeper of the path and I have a deal for you,” offered the talking tree. “Just bring me a friend that will stay here for all eternity and I will clear the path for you,” explained the tree.

“You got yourself a deal,” assured Sam. Sam rode his caravan home in the hope of finding someone who would stay with the tree forever.

Once he arrived home, he hurriedly made an announcement regarding the lonely tree. Unfortunately, nobody was willing to stay with the tree. Sam plodded to his caravan sadly and empty-handed. While he was passing a beautiful nursery, Sam had an idea. He bought the seedling of an oak tree from the nursery and rode his caravan optimistically to the talking tree.

“Where is my friend? I don’t see him,” demanded the talking tree anxiously.

“I couldn’t find anyone who was willing to stay with you forever. Thus, I brought the seedling of an oak tree,” explained Sam.

He took out the seedling carefully and presented it to the talking tree, planted the oak tree and watered it. The oak tree grew instantly just like magic! The talking tree was jubilant, thanked Sam profusely, and cleared the path to Damascus for Sam. Sam went to Damascus to trade, safely.