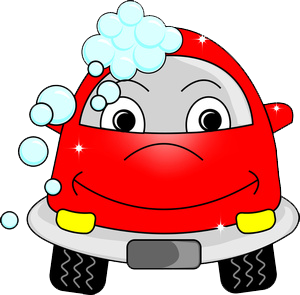 “The Loyal Car” is one of the outstanding stories of the second biannual Short Story Contest 2016 written by Raja Ismail, Abbottabad, Pakistan.

John was a tall and handsome man in his mid-twenties. He lived in a beautiful town in the countryside of England where he ran a bakery. He was an amazingly good baker who tried new recipes every other day. His customers loved his baked goods.

Besides baking, John had another passion: classic cars. He was so fond of old cars that he never missed a chance to go to any car show held anywhere across England. Whenever he saw a classic car, he wanted to have one but he did not have enough money to fulfill his dream.

One day, an old feeble woman visited his bakery. She was driving an old red Mustang, which was not properly maintained. The paint job required redoing, and its engine made funny sounds. The wheels were also in tatters. In short, it was in miserable condition. As Mustang was one of John’s favorite brands, he dared to ask the woman if she would like to sell her car to him.

“What are you going to do with this piece of crap which doesn’t even start without a push?” the woman asked.

“I will fix it to my satisfaction and keep it like my baby,” John replied.

“What do you ask?” John tried to inquire.

“Anything you can easily pay my friend, as I know it’s not worth a penny,” the lady said truthfully.

John was very happy and gave her some money in exchange of the car.

Now John started thinking about how to make the car a good-looking vehicle with speed and comfort. As he knew a lot about cars, he decided to start with the engine first. He overhauled the engine, changed the seats, put in new tires, painted it bright red, installed a new emblem, and fitted it with a new steering wheel. He did this job in the front yard of his house. Finally, after a month of hard work and zeal, he took the car on the road. It looked so marvelous that it became an instant head turner on the streets. John’s long awaited dream came true.

One bright Sunday, John went on a long drive up a hill station, which was famous for its scenic beauty and fresh air. He spent the whole day there, and upon his return, while enjoying the superb drive and listening to music, he felt thirsty. He stopped the car near a small shop and walked towards it.

“Can I have a small bottle of water?” John asked the shopkeeper.

After paying for the water bottle, he walked back to his car, but was forced to stop by three men who wanted to rob him at once. One man had a revolver and the other two had daggers in their hands. John immediately handed over all the money that he had. They snatched his wristwatch and sunglasses as well. As soon as they realized that the red beautiful Mustang also belonged to John, they ripped him off the car key as well. John was not ready at all to let his baby go away like this. He resisted, upon which he was badly beaten up by the robbers. They sat in the car and tried to turn on the engine but it did not start. They tried repeatedly but in vain. Furious, they ran towards John to kill him, but before they could reach him, the loyal car started itself and chased the robbers!

All three men and John himself were astounded to see the car running on its own. The robbers got very scared and ran away to save their lives, but could not escape death. The car crushed them all at once and came to a halt close to John. John, who was still in shock, kept looking at the car for a while and slowly a smile spread on his face.

He started the car and drove away. From that day onwards, John started loving his red Mustang even more.