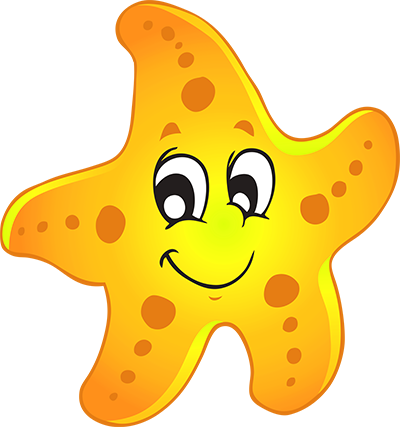 “The Little Lost Starfish” is one of the outstanding stories of the second biannual Short Story Contest 2016 written by Nicholas Justin Joseph, India.

Once upon a time, in the sea, there was a huge fish school. It had wonderful classrooms. The classmates were very happy and united with each other.

One day, Ms. Jelly fish, the teacher, was teaching about the adaptation of human beings to earth. She was looking at her students: crab, clown fish, puffer fish, turtle, gold fish, starfish … She realized that starfish was missing in her classroom.

Ms Jelly fish said, “Can we all search for our classmate star fish?”

They started to search for starfish everywhere in their school; in the canteen, library, auditorium, music room etc. However, they could not find him. They all became very tired and hungry, and had some yummy fish food.

Soon, they came across many small fishes moving fast. They asked one of the fish, “Why are you swimming so fast?”

The fish said, “There was a huge fisherman’s net is coming to catch us all”.

The whole class got scared. They hid near some seaweed. There, they heard noises coming from somewhere nearby. They followed the noises, and found a deep dark hole, and inside the hole, were several sharks. The sharks were preparing to have their dinner, and the missing starfish was to be part of their dinner.

The whole class and their teacher thought of a brilliant plan. They all started pulling the fisherman’s net around the shark’s gang. The fisherman pulled the net over, and all the sharks were caught in the net.

At last, they found their classmate starfish. They took him back to class and lived happily ever after.